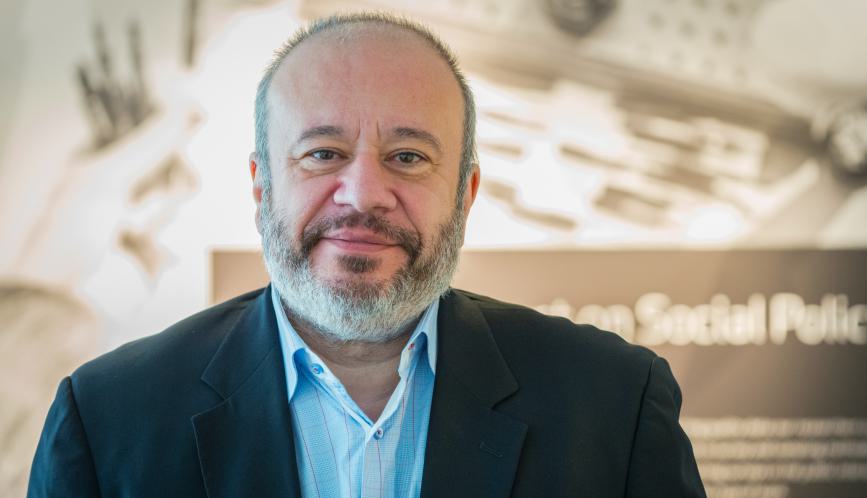 Alberto Bisin, a Professor of Economics at New York University, is an Inequality: Measurement, Interpretation, and Policy network member. He is also a fellow of the Econometric Society, NBER, IGIER at Bocconi University, and CESS at NYU. Bisin is a founding editor of www.noisefromamerika.org and is an Associate Editor of the Journal of Economic Theory, Economic Theory, and of Research in Economics. His fields of study include mathematical economics, social economics, financial economics, and behavioral economics.

An area of study that I’m very much involved with, currently, is the study of wealth inequality, both theoretically and quantitatively with regards to the U.S. In this context, one fundamental issue of my research consists in understanding the link between inequality of income and inequality of wealth, what drives the distribution of wealth, which is much more unequal than the distribution of income. So that’s one of the issues. How much taxation could affect this inequality, and which kind of taxes, taxes on bequests, taxes on income.

Another area of my research which deals with inequality, from a different perspective, has to do with preference acquisition: How people form their own preferences, how families inter-generationally transmit their own culture. I have studied, again both theoretically and empirically, models of the dynamics of culture; for instance the dynamics of the distribution of a population with respect to religious and/or ethnic traits. This relates a lot to the issue of inequality because income inequality, in Europe as well as in the U.S., is deeply related to the cultural integration of immigrants. How fast immigrants catch up with natives from an economic perspective, and how they do that, depends a lot on how quickly they integrate culturally. Of course there’s a huge policy debate, especially in Europe, but in the U.S. too, regarding ethnic and/or religious integration of immigrants. So those are essentially the two areas of my research, among several areas, related to inequality.

What areas in the study of inequality are in most need of new research?

A lot of research in economics addresses the issue of inequality. A large part of this regards macroeconomic variables, like income and wealth. But there are many microeconomic issues which are less explored, many fundamental and interesting links from micro to macro variables. The link from education to income, for instance, goes through neighborhood effects, peer effects, and the like. This goes back to culture and integration a little bit, but it's more general and deeper. It’s not just schooling affecting income, not just schooling in terms of what you learn at least, but also the environment you grow up with, the people you relate to, in various forms. These kind of links, to me, are very important. They are typically taken for granted or modeled in a simple way and they need to be studied much more in detail because, it seems to me, a lot of the inequality actually stems from there. Another example: entrepreneurship is an important phenomenon, both in terms of generating inequality and reducing it in the sense of generating social mobility. So understanding when economic and social environments are prone to induce innovation and entrepreneurship is very important to understand inequality; e.g., when and how do financial markets let you innovate, create new firms, is a big issue that’s not studied as I think it should be.

What advice would you give to emerging scholars in the field?

That is difficult. Perhaps I will say that the issues related to inequality are so interesting that everyone understands they are, and so one is often taken by the importance of the question away from the methodological rigor. This is something that often happens in economics. You substitute how important is the question with how well you’ve addressed it, in some sense. So I think the advice I would give to emerging scholars in this field is to never do that, always stick, first of all, to the methodological frontier. The way you do empirical work is very debated nowadays in economics, so I won’t express my own preferences on this. But, whatever are the preferences, the important thing is never to give up the attention to methodological rigor, or to the details of the data, just because the question is interesting. You can convince an audience, write a successful book, or publish a paper in a top journal on the fact that you are asking an important question. But, in the long run, it’s much more important how you ask a question than the answer you give to that question in your specific context.