Conference on Genetics and Social Science 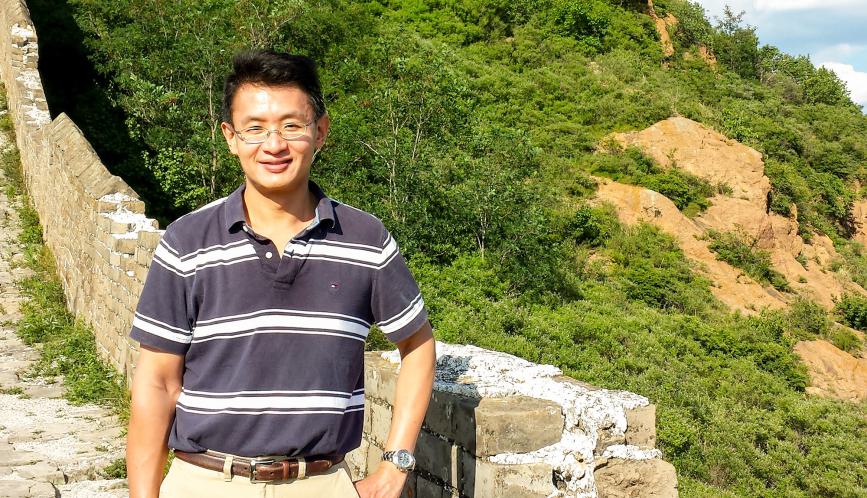 MIP network member Chih Ming Tan is the Page Endowed Chair and Professor in Applied Economics at the University of North Dakota's Department of Economics and Finance. Tan's primary research interests are in the areas of inequality and mobility, health, economic growth, and development. His interest in health economics is driven by the importance of health, especially early childhood health, on the accumulation of human capital that, in turn, has deep implications for economic growth, inequality, and mobility. His recent research has investigated the long-run impact of early health shocks on later-life cognitive development and mental health outcomes in a variety of settings (China, Ghana, and Mexico).

I do work that would fit in what is known as the fetal origin hypothesis. I’ve done work in the context of Ghana and I’ve also developed a number of research papers using new data from China and Mexico. We’re also currently getting some very new data from India which we are very excited about. My work looks at exposure to shocks in utero or early childhood. The kind of shocks that I look at are: malnutrition, famine, extreme weather changes, exposure to violence because we’re interested in the effects of climate change, for instance, and also, exposure to crime and conflict, and to see if these shocks have impacts on birth outcomes, physical health outcomes, and so on. But importantly, also on cognitive development and mental health outcomes; e.g., depression incidence.

For example, the research that is coming from the new data from India is looking at the longer-term impacts of in utero nutrient deficiency on child cognitive development. In that particular study about 900 pregnant women were tracked. They had blood samples taken, so we have very clear indications of nutrient deficiencies within particular trimesters. We have blood samples from the children and then we followed them up until they are 12 years old. Then, the children were given a battery of cognitive tests, to look at things like IQ, short-term memory, attention, and so on. Essentially, a battery of standard psychometric tests. What we want to see is whether the effects of things like B-12 deficiency, folate deficiency that the mother experienced when the child was in utero result in cognitive deficiencies at age 12 after controlling for socioeconomic status, and importantly, any remedial interventions in the child’s life cycle as observed in the subsequent bloodwork from the children. That study is still ongoing. So that’s the nature of my work.

I should also say that the other issue that we’re really interested in studying is not just the impact of early shocks on that particular (exposed) generation. A lot of our work is geared to trying to understand whether these initial shocks pose some intergenerational legacy. So, whether they go on to affect the children of the children. One example is our work looking at the famine cohorts from the Great Chinese Famine. With newly available data, we’re now able to examine not just the impact of famine exposure on survivors, but also on their children. Hence, our work links into this issue of economic mobility and inequality – do the most vulnerable in the global community who experience the most shocks face barriers to economic success and development that hold them down across generations.

That’s a really great question. It comes from a lot of the work that’s being done by members of the HCEO and have been presented at this conference. One important area of work is to disentangle genetic and epigenetic effects from family (and, more broadly, neighborhood) investments that are typically unobserved. For example, in some development contexts, there is the issue of son preference, so parents vary their investments across children because of their gender (something genetically determined). The degree to which they do so may be unobserved. More broadly, parents may observe something about their children early on (which the researcher may not) which may be initially genetically determined; maybe one of their children pays more attention to stimuli, etc., and then decides on the relative amount of time and the quality of the interactions they will offer their children. Or, decides what they (the parents) will do differently in their own lives (invest more or less in their union, move to a better or worse neighborhood, etc.) in a manner that impacts the outcomes of their children. Separating out the gene-environment interaction is a crucial area for new research, I believe. This area could be especially fruitful because economists have a lot to say about family investments, neighborhood effects, etc.; we have structural models that we can exploit. At the same time, more genomic data is becoming available, and an increasing understanding of the biological impact of genes is also arising. The marriage between economists expertise in working with well-specified structural models and the availability of all these resources from the genomics literature should deliver important new insights on important policy questions. By modeling this interaction between genes, possibly, gene expressions, and subsequent investments in the lifecycle, we may get a better handle on whether these early investments play a critical role in reversing any sort of adverse impact due to initial disadvantages. As a development economist, that’s very interesting to me because I study populations that are by definition vulnerable to shocks. So if these remedial interventions do work, then there is this policy possibility for overcoming these barriers to mobility.

If you take a look at what’s going on, say just at this conference, a lot of the kinds of the work that we’re pursuing; e.g., those that address fundamental questions about economic mobility, are necessarily interdisciplinary. We have economists, of course, but we also have people with backgrounds in biology and neuroscience present. There are a lot of people here who are working very deeply with large genetic data sets. Exploring these data sets will require specialized expertise in handling big data and machine learning algorithms. My feeling is that to address the most substantive issues in this area will ultimately increasingly require the ability to put together a strong multidisciplinary team. This is very different from how research was done just a few years ago. For a young economist, that’s what I would say. What you have got to think about is collaboration, having a very specialized skill set that you bring towards a team, and being able to basically work well with a team of people with diverse expertise from very different backgrounds, backgrounds that you’re not necessarily familiar with. But to bring that together to bear on any particular problem.