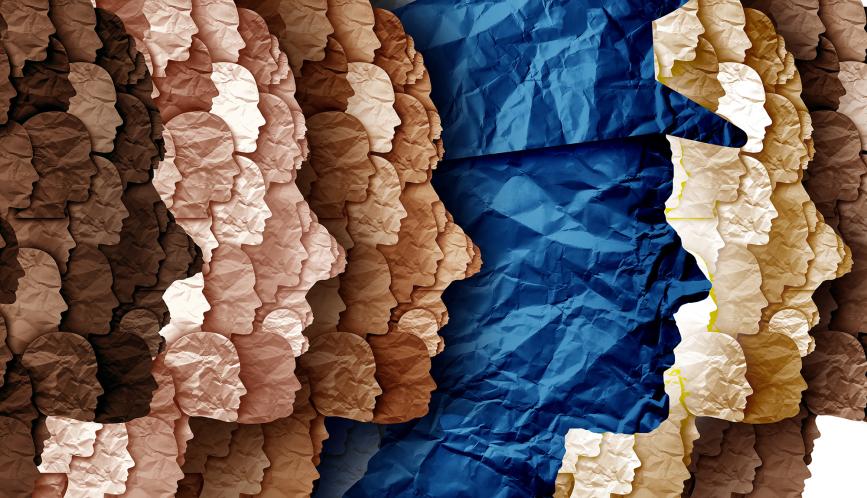 A significant body of research has studied racial bias in hiring and ways of widening the pipeline to recruit minority job candidates. Less attention has been paid to pathways to promotion for those diverse candidates once they are in the door. That’s largely because internal data on employee performance is hard to come by, and evaluations are highly subjective.

Hard-won public access to data from the second-largest police department in the US, combined with some unique practices for supervision, awards, and promotion, allowed HCEO member Nayoung Rim and colleagues to study differences in career recognition by race.

“There are some features of the police department that you wouldn’t get at any other place that allowed us to conduct a rigorous study of these patterns,” says Rim, an assistant professor of economics at the US Naval Academy.

Rim and colleagues Roman Rivera, Andrea Kiss, and Bocar Ba analyzed seven years of personnel data from the Chicago Police Department. They found that that white supervisors are 28 to 40 percent less likely to nominate Black officers for departmental awards. When the research team broadened their analysis to include award nominations from sergeants who did not directly supervise the nominee, the racial recognition gap grew even wider.

Their findings are outlined in “The Black-White Recognition Gap in Award Nominations,” forthcoming in the Journal of Labor Economics.

The study relied on a rich trove of data providing detailed officer-level data on arrests, use of force, misconduct, and supervisor assignments. The misconduct data is now publicly available online, but Rim says her colleagues Ba and Rivera faced a formidable task to build their dataset. They had to match individual officers’ records drawn from different departmental data sources tracking rank, tenure, shift assignments, supervisor assignments, arrest records, and other personnel data for more than 6,518 officers from 2009 to 2015. From this, they were able to analyze differences in career recognition.

CPD supervisors and sergeants can nominate police officers for awards based on their performance; 85 percent of these nominations are related to a specific incident or arrest. There are 33 departmental awards, and these are considered when evaluating officers for merit-based promotions. (The team studied the 18 most common awards open to all officers.)

Supervisors do not always directly observe the performance of all the officers they oversee, so they must make an effort to learn about their performance for the annual evaluation—and to nominate officers for awards. About 81 percent CPD supervisors are male, and 70 percent are white. The officers’ corps is more diverse; for the study period only 46.4% were white, with most Black and Hispanic officers making up roughly a quarter of the group each. “If the cost of acquiring information differs by race, then a racial gap in career recognition and progression may arise,” the authors note in the paper.

A unique feature crucial to the study is that officers are assigned to new supervisors annually in a near-random fashion. This policy means supervisors must continually learn about the performance of assigned officers, which makes it more challenging to form bonds that lead to favoritism in recognition.

“In a typical firm, work teams are endogenously formed. If I don’t get along with my manager, I will try to find another team,” Rim observes. “If everyone opts into a team they like, we may not see a racial gap because the manager has cultivated a team of workers he likes and works well with.” The CPD policy of random and rotating assignments allowed the team to rule out this kind of endogeneity. “It also sharply defines the information burden of conducting evaluations,” Rim adds.

The study found that white officers had a 3% chance of being nominated for an award (Hispanics were slightly higher at 3.2%, although Rim pointed out that there were potentially confounding factors in ethnic identification). Black officers were nominated at a rate of 1.3%, less than half of the rate for white officers.

Although it is hard to measure supervisor prejudice, the research team used the supervisors’ records for use-of-force incidents and citizen complaints about the supervisor’s behavior as rough proxies for such attitudes. Since officers are as-good-as randomly assigned to supervisors, we would not necessarily expect there to be a relationship between these two measures. However, the researchers found that these measures were correlated, suggesting that the racial gap may be driven by supervisor bias.

The research team exploited differences in timing of evaluations to pin down this difference. While officers are reassigned to supervisors annually in January, evaluation periods are staggered throughout the year. In the quarter when supervisors were due to conduct evaluations and invested time in learning about officers’ performances, nominations for awards increased for officers of all races. But the increase for Black officers was small, while for white officers, the likelihood of nominations essentially doubled briefly. After evaluation periods, nominations for Black officers drop off and fall below baseline, while for white officers, nominations remain elevated throughout the remainder of the year.

The available data does not illuminate the mechanism behind the difference in nominations. It likely arises out of relationships forged between supervisors and officers, but we can’t determine whether it’s due to officers or supervisors or both putting in the effort to build those bonds, Rim says.

The importance of networks and being in the “in-crowd” for professional advancement has been well-documented. It’s probably even more so within police departments, Rim observes. This has implications for equality and diversity on the job.

“A lot of the initiatives that I have seen to increase diversity are about increasing more diverse applicants. That’s a good policy, but if you have just that, and don’t look at the internal dynamics and promotion process, then you may be bringing in people but not setting them up for success.

People suspected this, but it’s really hard to bring data to that theory. We were really lucky to get this unique data set and put some evidence behind this,” Rim concludes.