Endogenous Driving Behavior in Veil of Darkness Tests for Racial Profiling
Partners in Crime: Schools, Neighborhoods and the Formation of Criminal Networks
What Drives Racial and Ethnic Differences in High Cost Mortgages? The Role of High Risk Lenders 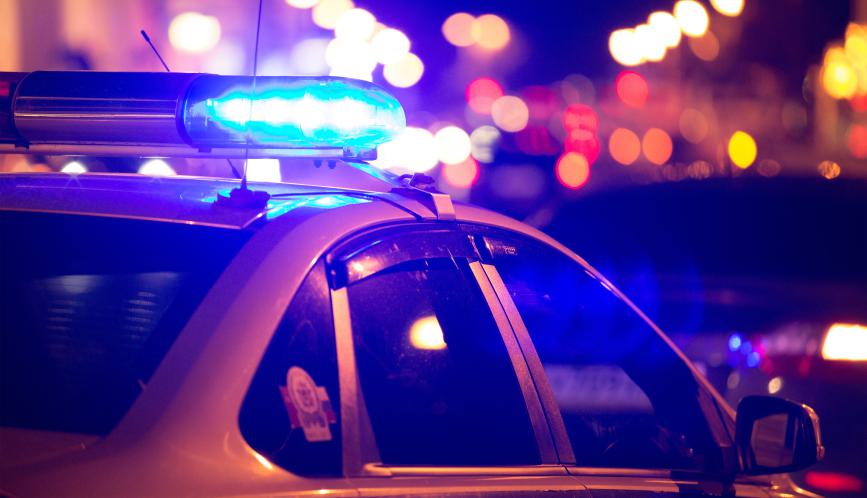 Do police officers treat minority drivers differently than white drivers? The oft-studied question is perhaps more relevant than ever, as increased attention is paid to traffic stops as a result of the Black Lives Matter movement. Some policymakers have turned to a technique known as the Veil of Darkness test to evaluate whether or not police officers target minorities on the road. The Veil of Darkness (VOD) test uses solar variation, that is daytime or nighttime, to evaluate which motorists are stopped and when they are stopped, with the assumption that race is less observable in darkness.

MIP network member Stephen L. Ross and his co-authors Matthew B. Ross and Jesse Kalinowski take a closer look at the VOD test in their recent HCEO working paper, “Endogenous Driving Behavior in Veil of Darkness Tests for Racial Profiling.” The authors question how useful it is to rely solely on the test when investigating the prevalence of racial profiling.

“There’s a long history in economics of trying to understand whether police treat minority and white motorists the same, especially in traffic stops,” Stephen L. Ross says. “The difficulty with doing that is we actually don’t know who’s on the road.”

Even with access to data on all traffic stops in a specific location, the problem remains of identifying what demographic to compare the stops to. There is no clear counterfactual. For example, there could be a big difference between the racial makeup of a town and who is driving through that town.

The authors were especially interested in recent applications of the VOD test that found reverse discrimination “in cities widely purported to disproportionately target minorities.” These results were reported by Jeffrey Grogger and Greg Ridgeway, who pioneered the VOD test, and who came to their conclusion after finding that more minorities are stopped at night than during the day. “That sort of made us a little bit suspicious,” Ross says. “Is that really what’s going on and is that the right way to interpret these results?”

To further investigate the validity of the VOD test, Ross and his co-authors developed a simple model of police enforcement and motorist behavior. “Our research question really was: If we consider the fact that motorists might change their behavior in response to the level of discrimination they face, is the Veil of Darkness test for racial profiling still valid?” Ross says. The authors found that the VOD test can identify differential treatment, but not the direction of that treatment.

Under the null hypothesis, all motorists are treated the same and darkness does not create incentives for motorists to change their behavior. Under the alternative hypothesis, however, minorities are more likely to be stopped and thus drive more conservatively during the day. At night, minorities are more likely to speed because they believe they are less likely to be pulled over when their race is unobserved. So the number of minorities likely to be pulled over due to speeding infractions actually increases in the evening.

The authors calibrate their model using Massachusetts data from 1,048,575 traffic stops from 2001 to 2003, 200,576 of which were for speeding.  “We examine the Massachusetts data to look for shifts in the speed distribution, because this is all premised on minorities responding at night because they don’t face discrimination,” Ross says. “ We find that when you compare day versus night, minorities drive faster.” They looked at alternate subgroups to rule out other possibilities in changes in speeding behavior. Age, gender, age of the car - no other demographic showed a statistically significant change in driver behavior.

“Our findings and robustness checks are strongly consistent with African-American motorists driving slower during the daylight because they expect to face a higher probability of being stopped than whites at that time,” the authors write. This was especially true of African-American males under the age of 30. “Admittedly, the speed distribution shifts arise based on the beliefs of motorists, rather than the behavior of police, but such beliefs would seem to be especially germane when the VOD test rejects the null hypothesis of equal treatment,” the paper notes.

The authors say that their findings call into question the reliance on VOD tests as the sole way to analyze racial discrimination in police stops. “Unless we are willing to rely on information revealed by motorist behavior, as done in this paper, it is impossible to identify whether police are discriminating against minority motorists with tests of this type,” the authors write. Their results also make clear the need for other ways to calculate counterfactuals.

Finding strong empirical evidence for racial bias in traffic stops is not just good science, it has real world consequences. As the paper notes, Rhode Island, California, and Oregon are already using the VOD test as a model for proposed legislation and evaluations. The authors’ model is consistent with the concern that “minority motorists often fear that they would pulled over and experience significant ‘motivation to survive the law enforcement encounter.’” That fear has been found to be justified. The Washington Post reported that in 2015, “Blacks accounted for a disproportionate share of ­traffic-stop deaths.” Similarly, a 2016 report from the San Francisco district attorney’s office found “racial disparities regarding S.F.P.D. stops, searches, and arrests, particularly for Black people.”

“You can’t just say, ‘We ran a Veil of Darkness test, we found statistical differences and it looks like minorities are stopped more at night. That’s not consistent with discrimination. We’re fine,’” Ross says. “That conclusion would be incorrect...Rather you have to say, ‘We have found evidence of unequal treatment. Police are not treating minorities and whites the same. That’s a concern. We need to do further work.’”

Thanks to Stephen L. Ross, Matthew B. Ross, and Jesse Kalinowski for their assistance in completing this article.