Early childcare, child cognitive outcomes and inequalities in the UK
Featured Research Project: Evaluation of the Reggio Approach to Early Education
Transfers to Households with Children and Child Development 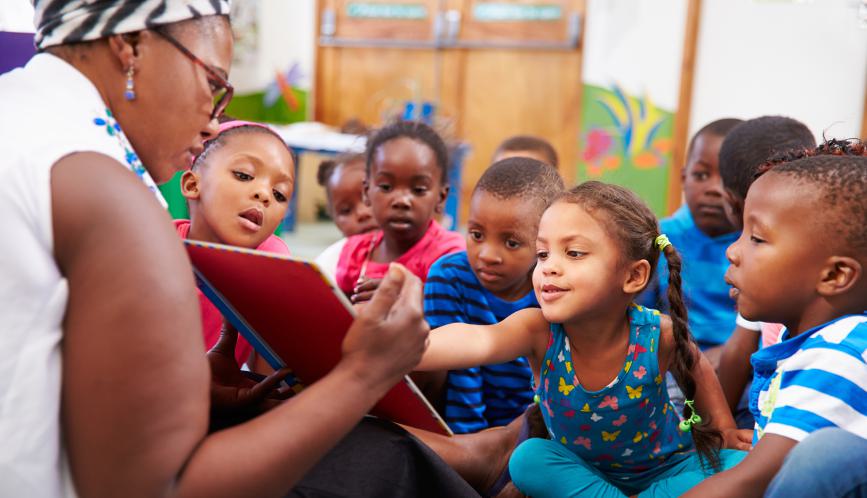 Young children crowding around a teacher holding open a book.

A growing field of research has shown that investing in education is critical for strengthening human capital, both at an individual level and at a societal level. But not all educational interventions produce the same results. As HCEO Co-Director James J. Heckman has shown, investing in quality education in the early years of a child’s life yields the greatest benefits: children’s skills are more malleable at a young age, early education investments are generally less costly than later life investments, and skills beget skills.

ECI/FI network member Daniela Del Boca and her co-authors Chiara Monfardini and Sarah Grace See contribute to this research area with their recent HCEO working paper, “Government education expenditures, pre-primary education and school performance: A cross-country analysis.” Using a macro approach, they look at the relationship between student performance, government investment in education, and early education experience. They consider the impact of early childhood education on individual students and on the country as a whole, through aggregate test scores and student performance.

“The idea was to put this question, that was usually analyzed in a micro setting, in a more macro setting, and to see also how it differs across countries,” Del Boca says. “We consider not only the decision of the individual, of the family and the child attending childcare, but also the government expenditure, which usually is not analyzed in the micro studies.”

The paper uses data from The Organisation for Economic Co-operation and Development (OECD) and The Programme for International Student Assessment (PISA), along with the World Bank development data indicator. It includes information from 19 countries in three waves: 2003, 2012, and 2015. As the authors note, this paper is “the first to quantify the returns of investments from past educational policies and early education aggregate attendance on future cognitive skills of one country’s students.”

In addition to studying the impact of attending preschool, the authors also look at variables including how long children attended early education programs, how available such programs were in each country, and how much parents were expected to pay. Interestingly, comparing the 2003 and 2015 cohorts shows a significant overall increase in the percentage of students attending more than one year of pre-primary education.

Because there is a wide range of childcare programs across countries, Del Boca and her co-authors also include quality measures in their analysis. They use average pupil-teacher ratio as a proxy for the quality of a particular program, noting that low ratios are widely understood to improve student outcomes. The authors also utilized a ranking system that incorporates childcare coverage, child-staff ratio, and level of public spending. Childcare coverage measures “the proportion of children in a given age category with a free full-time place in public or publicly-provided childcare facilities.”

In order to gauge how students’ early childhood education experiences impacted their performance, outcomes were measured at age 15, using “the country average unadjusted test scores in reading, mathematics, and science.” The authors also measure and compare the share of low and high performing students in the same three domains. Their results show that both higher government expenditure in early education and higher shares of children attending these programs improve students’ performance at age 15.

These findings make clear the positive impact that early childhood investments have on student outcomes. “This should advise policymakers to aim to prioritize expenditure in education and especially education when the children are younger,” Del Boca says. She also stresses that it is not only the availability of early education programs that is important, but also the quality of those programs. “Not only investing in childcare as a supply of slots, but we need to think about quality and investing in quality.”