Heterogeneous Peer Effects and Rank Concerns: Theory and Evidence
School Vouchers and the Joint Sorting of Students and Teachers 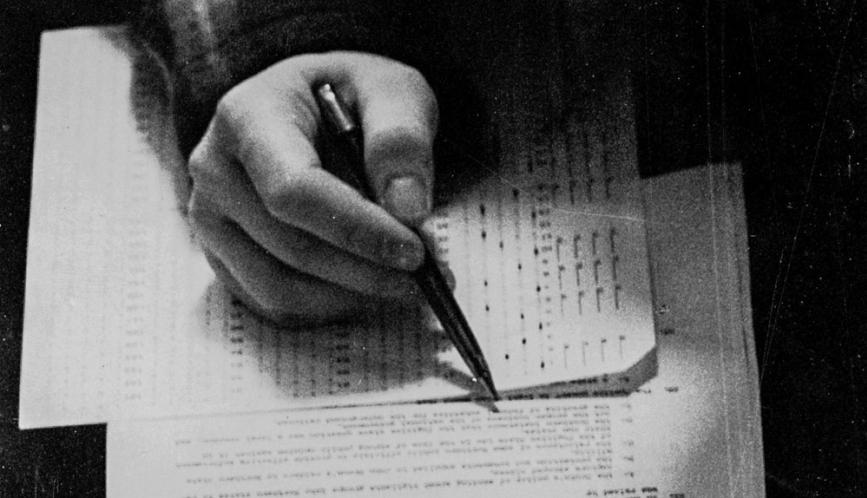 Questions about how to best structure classrooms are a large part of policy debates around education. How can classes be organized to get the best student outcomes, thereby maximizing investments in education? Markets network member Michela Tincani contributes to our understanding of student achievement in her recent HCEO working paper, “Heterogeneous Peer Effects and Rank Concerns: Theory and Evidence.”

In the paper, Tincani, an Assistant Professor at University College London, looks at what generates peer effects in the classroom. The idea behind peer effects is that the classmates that a student has seems to influence that student’s achievement. Previous research on peer effects has produced mixed results, showing that having better peers does not always lead to improved outcomes. This paper provides a conceptual framework that can potentially explain these disparate findings. Tincani proposes a theory of peer effects based on the idea that students care about their rank. “This is the idea that maybe I work hard in school, not because I want to be the average guy in the class, but because I want to be better than my peers,” she says.

She was interested in testing what would happen if the cost of effort of classmates, that is, their ability to study, changed. “Intuitively, how easy or hard it is to obtain a good achievement rank depends on how able the other students are,” the paper notes. If the cost of effort of peers changes, you should observe an improvement for some students and a decline for others, depending on how the ease of increasing their rank is affected.

To test her theoretical predictions, Tincani used a large administrative dataset of 8th grade Chilean students, and combined it with information from a 2010 mega-earthquake in the country. “The Chilean 2010 earthquake did not always affect students in the same classroom equally, generating useful variation in the distribution of peer group attributes,” the paper notes. Preliminary analysis of the data shows that earthquake exposure is bad for students’ own achievement, but Tincani also studied the possibility of spill-over. “Keeping class composition constant, does peer earthquake exposure affect own achievement?” she wondered.

Her findings suggest that proximity matters a lot. When students with a higher ability to study are further away in the distribution, it will take more effort to surpass them. This reduces the incentive to exert effort to improve achievement rank. In the data, when the earthquake increases the dispersion in classmates’ ability to study, it changes the proximity between students differently in different portions of the distribution. This variation is used to test the theoretical prediction that the rank concern mechanism yields different results for different students.

“This is the way the empirical strategy works,” she continues. “It’s the idea of exploiting this variation in peers’ ability to study generated by the earthquake: while it is exogenous in some ways, meaning that it’s not correlated with the usual confounders that are correlated with, say, past test scores, I acknowledge that it could be correlated with other things. I try to do my best to net those out.” Tincani uses information from comparable classrooms, in terms of student composition, teachers, and class size, in the subjects of Spanish and mathematics. She addresses unobservable factors that may also produce changes in student outcomes, such as a teacher devoting more time to earthquake-affected students.

Tincani’s findings have important implications for policymakers looking to boost student effort. According to the author, there are two ways that students’ rank concerns can be exploited. “One is by optimally putting students into classrooms,” she says. For example, in some cases ability tracking could reduce the potential for discouragement effects. Another option would be giving incentives tied to rank, such as awarding a fellowship based on merit. “An educator can optimally exploit such rank concerns to promote study effort, much like an employer exploits social incentives to motivate workers,” the paper notes. These two tools could also be combined. “How do you optimally put students into classrooms and, at the same time, how do you incentivize them?” she asks. While more research is needed to flesh out these possibilities, the idea that students can motivate themselves based on their classmates’ achievement could be a powerful tool in improving education outcomes.

Thanks to Michela Tincani for her assistance in completing this article.