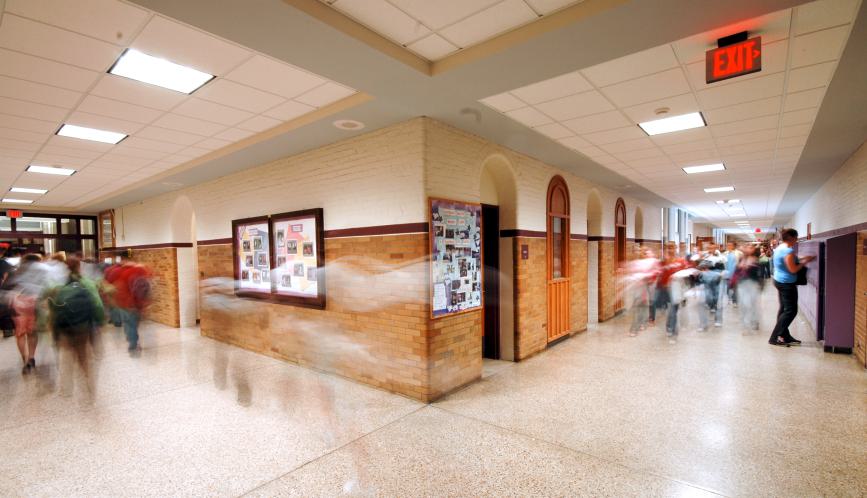 Black children growing up in the U.S. are exposed to violence in their communities at a much higher rate than their white peers. Studies have shown that children of color are twice as likely as white children to be assaulted with a weapon, and black children in particular are three times more likely to be exposed to gun violence and twenty times more likely to witness a murder. In a recent HCEO working paper, MIP network member Mario Small and his co-author Anjanette Chan Tack explore how the exposure to such violence effects childhood friendship formation.

Small and Chan Tack note that much of the literature on childhood friendship formation studies those growing up in more stable environments. Most studies on neighborhood violence focus primarily on gang involvement, or the prevalence of antisocial behavior among violence-exposed youth. Yet, as a paper by David Pyrooz and Gary Sweeten estimates, nationwide only 2 percent of youth belong to gangs. In “Making Friends in Violent Neighborhoods: Strategies among Elementary School Children,” Small and Chan Tack seek to bridge the gaps in these areas of research.

For the paper, the researchers interviewed 72 parents, teachers, and students from two Chicago elementary schools located in violent neighborhoods. The names of the schools, Brown and Goodwin, as well as those of the interviewees, have been changed for confidentiality. Students at both schools were primarily African American and from low-income households. Chicago was something of an ideal city for this research, as a recent uptick in school closures and high residential mobility means that many children in the district recently changed schools. In the period of this study, 7 percent of Chicago Public Schools students transferred. Brown had a relatively high in-year mobility rate, at 17.4 percent, while Goodwin had a rate of 5.3 percent. Despite these differences the friendship process was basically the same.

“It turns out there was no difference,” Small says. "The reason was the violence was so overwhelmingly a part of their lives, that every aspect of their relations to others --- their socialization, their friendships, their best friends, all of it --- was one or another way implicated in their attempt to manage violence."

Interestingly, the original intent of the project was not to study violence. Instead it began as “an investigation of the relationship between school mobility and how students form network ties.” In the interviews, the children were asked to describe their school and neighborhood. They “repeatedly and without prompting turned to the topic of violence.” Small says the “extent to which their lives were so dominated by violence that they couldn’t think of friendship outside of it” was a complete surprise.

“Children perceived violence to be pervasive and unpredictable in both settings, and shifting from one to the other did not especially change feelings of safety,” the paper notes.

Their responses led Small and Chan Tack to wonder: “How do such environments affect the way that children think about friendship?” They found that children responded to the threat of violence by forming friendships strategically. The authors identified five strategies that students adopted: protection-seeking, avoidance, testing, cultivating questioners, and kin-reliance. The findings indicate that “one consequence of violence is the very heterogeneity of strategies deployed.” More than half of the children interviewed reported using two or more strategies when choosing friends. “Children are forced to be maximally strategic, and therefore highly adaptable, in their decision-making, since no strategy was fool-proof and the threats of the context itself were dynamic,” the authors write.

Small says one finding was particularly disheartening: the extent to which the elementary school girls “were actively and openly concerned about sexual assault.” Around the time of the study, two children reported being sexually assaulted near one of the neighborhood schools. The kids referred to such assailants as “raper men.” For added context, during the study period, the neighborhood around Brown had 200 reported sexual assaults and Goodwin had 50.

“Imagine your 11-year-old comes to you and says they’re scared about making sure they have the right friends because they need protection from rapists,” Small posits.

The paper notes more than once how strategic these children are forced to be in their everyday decision-making. Such high-stress environments can take their toll on later-life outcomes. Indeed, Small and Chan Tack write that the strategies these youth employ are “likely to have long-term consequences for trust, pro-social behavior, and interpersonal relations.”

“It’s not that hard to imagine why,” Small says.

The importance of understanding childhood friendship formation in such environments is crucial. Psychology literature has repeatedly shown that “failure to form successful, enriching friendships during childhood can lead to maladjustment, low educational attainment, and criminal behavior in adulthood.” The authors acknowledge that violent crime has fallen to historic lows in many places, yet in several cities, including Chicago, rates have risen in recent years. Chicago had 750 murders in 2016, the year the study was published.

Small believes more work is needed to gain a better understanding of the effects of exposure to violence. Such research could also help inform public policy, which tends to focus on reducing violence. “The exposure is just as important as reduction,” Small says. “I think we neglect the extent to which witnessing is itself a problem, because it’s happening at a time where kids are not just making friends but they’re learning how to make friends.”

Small hopes the paper helps further conversations around childhood exposure to violence and adult outcomes. “Some of the narratives have become so normalized,” he says. “Violence is something that’s easy to become desensitized to.

“The truth is, you know, these are children,” he continues. “These kids are forced to, not just grow up fast, but grow up in ways that many of us would consider unhealthy for just about anyone.”

Thanks to Anjanette M. Chan Tack and Mario Small for their assistance in completing this article.