Motherhood and the Gender Productivity Gap 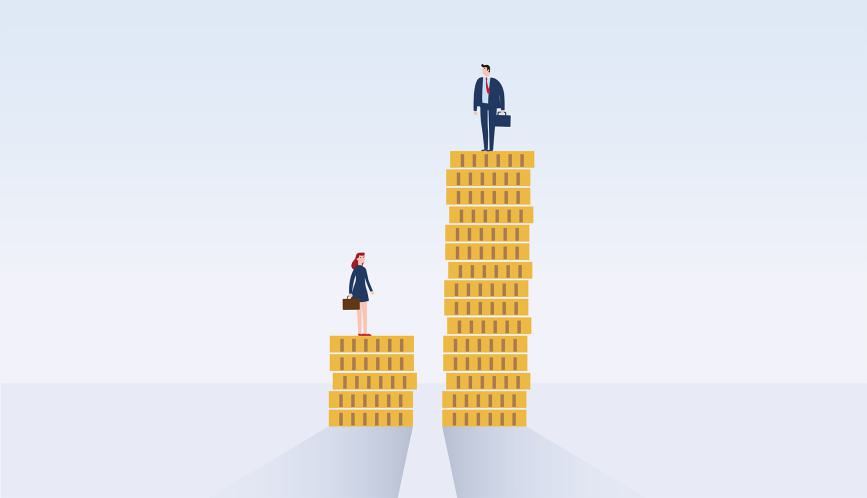 Man and woman dressed in business attire standing on top of gold platforms, the man's platform is taller than the woman's.

Many researchers have tried to understand the mechanisms behind the gender wage gap, or the gap between the median annual pay of men and women in similar cohorts. While the gap varies across countries and industries, it has remained remarkably persistent over the past few generations. According to 2017 data from the American Association of University Women, white women made on average 77 cents for every dollar a white man made, and the gap widens for women of color. African American women made only 61 cents and Latina women made just 53 cents per dollar, as compared to their white male counterparts.

In recent years, more attention has been paid to the role that motherhood plays in regards to pay and productivity. In her new HCEO working paper, “Motherhood and the Gender Productivity Gap,” MIP network member Yana Gallen examines how much of the wage gap between men and women, and particularly between men and women with children, is explained by measurable productivity differences. She does this using Danish matched employer-employee data, which allows her to compare the pay of men and women to their relative productivity as measured by production function estimation. As Gallen notes, the earnings gap in Denmark is “surprisingly similar” to the gap in the U.S.

“The question I started out with was just women versus men in general,” Gallen says. “But I think what comes out when you look at the data is that there is this big difference between mothers and women without children. For women without children, it seems like they’re being paid less but they’re actually as productive as men.”

Gallen’s paper is the first to “investigate the role of motherhood in driving the gender productivity gap using production function estimation.” As she notes, her findings are particularly relevant as more and more research focuses on motherhood as a critical juncture in women’s careers. “The role of motherhood in explaining the gender productivity gap not only confirms that motherhood is associated with changes in the work women do,” she writes, “but also highlights a new problem: why are non-mothers still underpaid compared to men?”

Gallen uses data from three primary sources: a new Danish register on employees called eIncome, a more commonly used Danish register on employees called IDA, and a detailed survey of firm accounts, called Regnskabsstatistikken (abbreviated FIRE). Taken together, the data provides information of workers’ hours and wages by month and by year, which can then be linked to firms via the FIRE survey. She focuses on the six industries that had the most data in the FIRE system, and which comprise more than 50 percent of the country’s economy: accommodation and food services; construction; manufacturing; wholesale and retail trade; other community, social and personal services; and real estate, renting, and business activities.

“There’s a stark difference between mothers and women without children,” Gallen says. “It looks like mothers are basically paid less because they’re less productive. For them, there’s really no gap between pay and productivity. But that does seem to be the case for women without children. There’s a smaller pay gap for them, but there’s pretty strong evidence I think that it’s uncompensated productivity, so they’re doing the same amount of work as men in the office but they’re getting paid less.”

The paper notes that this finding suggests “that the pay gap between men and women without children but of childbearing age is due to statistical discrimination: if productivity falls with motherhood but employers cannot lower wages when women give birth, then employers may offer lower wages to productive women in anticipation of motherhood.” This data in this paper, however, shows mixed support for this hypothesis. “I think more work could be done to show that that’s a mechanism,” Gallen says.

While more work is needed to understand the mechanisms behind the gender productivity gap, this paper helps lay the groundwork for a significant, new direction of research: why women without children are still underpaid compared to men. “Like the wage approach, the productivity approach in this paper implies that motherhood is central to the discussion of the gender pay gap,” Gallen writes.

Uncovering the mechanisms at play here are crucial if governments hope to close the gender gap in pay. Gallen’s findings echo that of another recent study on Denmark, which found that even though Denmark has some of the most accommodating parental leave policies in the world, women see drastic pay cuts after becoming mothers. A 2015 report from the World Economic Forum, which estimated it will be 118 years before women around the world can expect equal pay, only adds to the urgency of the issue.