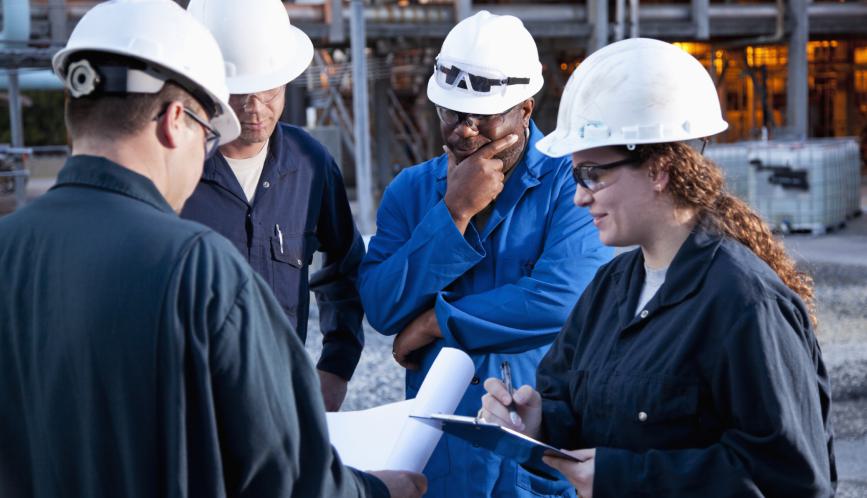 Over the past several decades, wages for less-educated workers have stagnated. According to the Pew Research Center, after adjusting for inflation, today’s average hourly wage has about the same purchasing power as it did in 1979, “following a long slide in the 1980s and early 1990s and bumpy, inconsistent growth since then.” Pew notes that in real terms, the average wage peaked more than 40 years ago.

To supplement low wages, many workers rely on the social safety net to make ends meet. Politicians and policymakers alike are interested in improving family self-sufficiency, making sure that Americans earn enough to steer clear of public benefits and, further, contribute tax revenue to the public purse. Despite this widely-shared goal and evidence that unions increase wages, little research has been conducted on how union membership impacts families’ public benefit use or the amount of taxes they pay.

This question is at the heart of a recent HCEO working paper by MIP network member Aaron Sojourner and his co-author José Pacas. The paper, “The Relationship between Union Membership and Net Fiscal Impact,” offers “the first evidence on whether union membership causes workers to use less public benefits and to pay more taxes.”

“The basic motivating idea is that unions raise hourly wages and benefits, especially for the lowest-wage workers. This might lead them to pay more in taxes and to use less public benefits. So to what extent does union membership keep families clear of the public safety net, by raising private earnings?” Sojourner asks. “It’s part of a larger discussion about declining worker bargaining power and stagnant wages. We wanted to connect the union-effects literature with public finance. How does unionization affect the public fisc? How does it affect money going in and money coming out of the public treasury?”

To generate new evidence on these questions, the authors calculate workers’ net fiscal impact, or the amount of taxes paid less the cost of benefits received, using Current Population Survey (CPS) data from 1994 to 2015. The CPS provides a vast amount of worker information, including occupation, industry, family structure, demographics, public benefit use, taxes paid, and union membership. The paper notes that union members average $11,505 in net fiscal impact and non-union workers average $8,399, “implying a raw $3,106 or 37 percent difference that workers in unions contribute to the public purse over workers not in unions.” In addition, “union members report $349 or 24 percent less in public benefits than non-union workers.” That’s just a raw difference, and union members differ in many ways from non-union workers besides union membership. So, they tighten the comparison to only focus on contrasting members and nonmembers who share the same state, year, industry, occupation, race/ethnicity, age group, marital status, and family structure and the basic result holds up. “Union membership is associated with workers earning higher private income, workers paying more in taxes, and workers receiving less public benefits,” Sojourner says.

The authors also connect each worker’s records across a 12-month period and look at how a worker’s change in unionization status relates to changes in outcomes within that worker over time, a research design that could yield more accurate results. This focuses especially on the subset of workers who switch into or out of unionization across the year. The authors find similar results: workers tend to have higher earnings, pay more in taxes, and receive fewer public benefits when they are in unions than when they are not. Another potential concern is that unionization might differentially cause workers to fall out of employment, so making comparisons only among workers might overstate the relationship. To address this, the study also conducts a similar analysis on the full sample of American adults including the unemployed and out of labor force. Sojourner notes, in this design, the “results are stronger, the effects are bigger.”

Sojourner makes sure to point out that this paper only looks at union effects at the worker level, noting future research should examine other channels by which union membership might affect NFI. Prior literature, the paper notes, estimates that "unionization reduces firm equity by 10 percent.” This loss of shareholder expected profit presumably combines two channels, unionization changes the division of value within the firm by moving money from owners to workers and changes the amount of value in the firm by affecting productivity, though the share due to each channel is not known. For the first channel, the authors write, “the question becomes what is the difference between the NFI of the marginal dollar in workers’ pockets compared to the NFI of the marginal dollar in investors’ and managers’ pockets." Workers’ higher earnings imply lower owner earnings. On public benefits, shifting income reduces workers’ use of public benefits but is unlikely to affect owners’ use. So that’s a positive for the public fisc and family self-sufficiency. How do marginal tax rates compare between workers and owners? Taking both marginal rates and compliance rates into account, “the higher taxes paid by workers due to unionization appears approximately fully offset by reduced taxes paid by firm owners.” The authors also note that evidence about the impact of unionization on productivity is mixed and needs further analysis.

These results illustrate the benefits that unions provide to both workers and the public fisc. As the paper notes, “Union members appear to pay more every year in federal, state, and local taxes than do similar non-union workers, which is connected to the fact that they earn thousands more dollars in annual private income on average.”

“The main takeaway is that we have new evidence that unions move families towards a middle-class model of earning sufficient private income, paying taxes, and staying clearer of the public safety net. If family self-sufficiency is an important value to you as a policymaker or a citizen and you are looking for tools to increase it, don’t overlook unions. They help families stay clear of the worst economic outcomes by increasing private income and insurance coverage.” Sojourner says. “Decreased unionization over recent decades has shifted resources away from workers, especially workers with lower earning power,” the authors write. “This seems to have decreased their tax payments and increased their reliance on public benefits. Put another way, as unionization erodes, working families’ ability to stay clear of the public safety net erodes.”