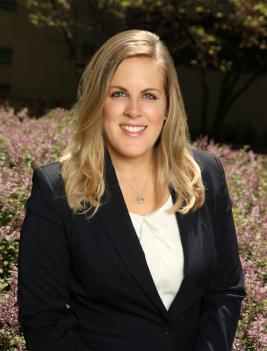 Alison Baulos is the Executive Director of the Center for the Economics of Human Development. She works closely with CEHD's Director, Professor James Heckman, to operationalize and oversee large-scale research initiatives on human capital development.

She began in the Economics Research Center in 2005, and played a key role in the creation of CEHD. She worked with Professor Heckman to found the Pritzker Consortium on Early Childhood Education, which brings together experts to identify when and how early childhood intervention programs can be most influential. She also oversees the Heckman Equation project which disseminates comprehensive and accurate research on early childhood to policymakers, non-profits, and the business community, and creates tools for advocates to more effectively make the case for economic investment in early childhood education. She is also the Executive Director of the Human Capital and Economic Opportunity Global Working Group which fosters interdisciplinary human capital development research across the globe. The first two projects are funded by the Pritzker Children's Initiative, and HCEO is funded by the Institute for New Economic Thinking.

Alison has held Research Assistant roles at the University of Chicago Hospitals, including investigating interventions for failure-to-thrive infants (La Rabida Children's Hospital), as well as investigating the correlation of the MMR vaccine to the onset of Autism Spectrum Disorders (Department of Psychiatry).