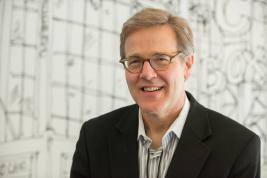 Dan P. McAdams is the Chair of the Psychology Department at Northwestern University, Evanston, IL. He is also Professor of Psychology and Professor of Human Development and Social Policy at Northwestern, and he is the Director of the Foley Center for the Study of Lives, which is an interdisciplinary research group funded by the Foley Family Foundation and dedicated to studying personality development in adulthood. Honored as a Charles Deering McCormick Professor of Teaching Excellence, Professor McAdams teaches courses in Personality Psychology, Adult Development and Aging, Theories of Human Development, and the Psychology of Life Stories. Author of nearly 200 scientific articles and chapters, numerous edited volumes, and 6 books, Professor McAdams works in the areas of personality and life-span developmental psychology. His theoretical and empirical writings focus on concepts of self and identity in contemporary American society and on themes of power, intimacy, redemption, and generativity across the adult life course. Professor McAdams is the author of The Redemptive Self: Stories Americans Live By (Oxford University Press, 2006). Integrating research he and his students have conducted over the past 15 years, The Redemptive Self charts a new psychology of American identity as expressed in cultural and historical American texts and images and in the life stories of caring and productive American adults in their midlife years. The book won the 2006 William James Award from the American Psychological Association for best general-interest book in psychology, across all subfields, and the 2007 Association of American Publishers Award for excellence in professional and scholarly publishing. His latest book is entitled George W. Bush and the Redemptive Dream: A Psychological Portrait (Oxford University Press, 2011). Professor McAdams is also the author of a leading college textbook in personality psychology, The Person (Wiley).