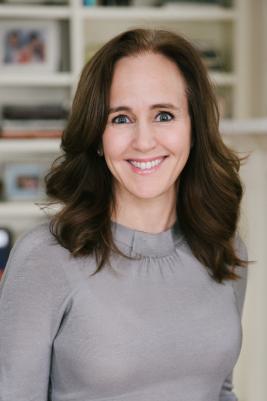 Professor of Surgery and Pediatrics
The University of Chicago
Network Member

Dana Suskind is Professor of Surgery and Pediatrics at the University of Chicago Director of the Pediatric Cochlear Implant Program, and Founder and Director of the Thirty Million Words® Initiative. This innovative initiative is an evidence-based intervention designed to ameliorate early language disparities in typically-developing children in disadvantaged families. Based on scientific research that shows that early language exposure is vital to a child’s brain development, Dr. Suskind oversees this intervention that helps parents enhance their home language environment and strengthen their children’s ability to learn.

Under the leadership of Dr. Suskind, the Thirty Million Words Initiative developed a tiered set of interventions that map onto existing social and health infrastructures. These include universal newborn hearing screenings, pediatric well-baby visits, public libraries, and early childcare centers. She discusses her experience with the intervention and the importance of language environment for child development in her book, Thirty Million Words: Building A Child’s Brain, (Dutton, September 2015). Dr. Suskind’s ongoing work includes a longitudinal, randomized controlled trial of the Thirty Million Words home-visiting program. This trial will assess both cognitive and non-cognitive outcomes in children, 18 months of age through kindergarten entry, and inform the development of a comprehensive, early language public health initiative.

Dr. Dana Suskind received her B.S. and M.D. from the University of Missouri-Kansas City in 1988 and 1992 respectively and trained at the University of Pennsylvania. Her work continues to center on helping families recognize their innate power to enable their children to reach their full potential.

Dana Suskind on Her Public Health Approach to Early Learning