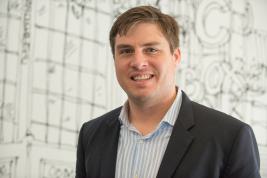 David Yeager is an Assistant Professor of Developmental Psychology at the University of Texas at Austin, a Fellow at the Carnegie Foundation for the Advancement of Teaching, and a Faculty Research Associate at the UT Population Research Center. His research focuses on social cognitive development during adolescence and on the psychology of resilience, particularly during difficult school transitions such as the transition to high school or college. He is also a research methodologist, with an emphasis on the psychology of asking and answering questions and on the role of representative sampling in social scientific research.

Yeager was an Education Pioneers Fellow and a Spencer Foundation Dissertation Fellow. His research has received awards from the Society for Research on Child Development (SRCD), the American Psychological Association (APA) Division 7 (Developmental Psychology), the APA Science Directorate, the American Educational Research Association (AERA), the Society for the Psychological Study of Social Issues (SPSSI), and the International Society for Research on Aggression (ISRA). He received the Michael Pressley early career award from the Institute for Educational Initiatives. Prior to entering research, he was a middle school teacher in Tulsa, Oklahoma as a member of the University of Notre Dame ACE service through teaching program.

Yeager received a B.A. in Liberal Studies and M.Ed. in Secondary Middle School English from the University of Notre Dame in 2004 and 2006 respectively, and an M.A. in Psychology and a Ph.D. in Developmental and Psychological Science from Stanford University in 2010 and 2011 respectively.

An Implicit Theories of Personality Intervention Reduces Adolescent Aggression in Response to Victimization and Exclusion
Social-psychological interventions in education: They're not magic