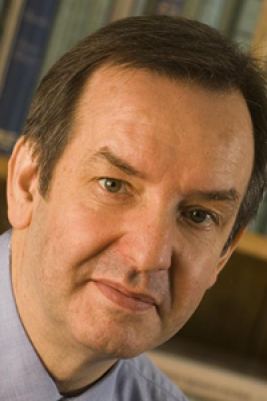 Professor of Differential Psychology
The University of Edinburgh
Network Member

Ian Deary is Professor of Differential Psychology at the University of Edinburgh, and Director of the Medical Research Council-administered Centre for Cognitive Ageing and Cognitive Epidemiology. He graduated in Psychology and Medicine at the University of Edinburgh, and studied there for his PhD. He practised psychiatry in London and Edinburgh before moving to academic psychology. His principal research interest is human mental abilities, especially the origins of cognitive differences and the effects of ageing and medical conditions on mental skills, and the influence of intelligence on social position, health and wellbeing through the lifecourse. He held a Royal Society-Wolfson Research Merit Award (2003-2007) for his work on human cognitive ageing.

Professor Deary has published over 500 refereed journal articles, four authored books and three edited books. He has an 'h' index of 55 on the ISI's Web of Science and his research work has been cited over 12,000 times to date. He leads a research team studying cognitive ageing by following up the people who took part in the Scottish Mental Surveys of 1932 and 1947. Other members of his research team are currently investigating: the cognitive effects of hypoglycaemia and diabetes; the influence of childhood IQ on health in adulthood and survival to old age; and effects of cardiovascular disease on cognitive ageing. His research includes the application of molecular genetic and brain imaging techniques to the understanding of cognitive ability differences. His research on the origins of mental ability differences was integrated in his book in 2000-Looking Down on Human Intelligence: From Psychometrics to the Brain (Oxford University Press). This won the British Psychological Society's Book Award in 2002. In 2001 he followed this up with Intelligence: A Very Short Introduction (Oxford University Press) which introduced the main issues in psychometric intelligence for junior students and laypeople. The first ten years of his research that followed up the Scottish Mental Surveys of 1932 and 1947 was summarised in his 2009 book: A Lifetime of Intelligence (American Psychological Association). He is an elected Fellow of the Royal Society of Edinburgh, the British Academy, the Academy of Medical Sciences, the Royal College of Physicians of Edinburgh, and the Royal College of Psychiatrists. In 2003 he received the first of the annual University of Edinburgh Chancellor's Awards of the University of Edinburgh which "recognise excellence in vital academic areas such as teaching and research and were awarded on the basis of innovation, relevance, creativity and personal dedication". In 2006 he was joint winner, with John Starr and Lawrence Whalley, of the Tenovus Scotland Margaret MacLellan award for "the best research on the brain in Scotland in recent years." In 2010 he received the Distinguished European Personality Psychologist Award from the European Association for Personality Psychology, 2010. In 2010 he was awarded Special Professor status in Differential Psychology at the University of Nottingham.

Deary graduated in Psychology and Medicine at the University of Edinburgh, and studied there for his Ph.D. He practiced psychiatry in London and Edinburgh before moving to academic psychology.