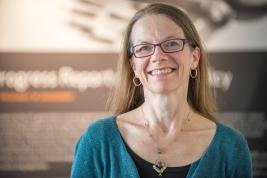 Lis Nielsen manages a portfolio of research in Psychological Development and Integrative Science in the Division of Behavioral and Social Research at the National Institute on Aging, encompassing multidisciplinary research on the biological, social, and psychological determinants of well-being and health across the lifespan. Since coming to NIA in 2005, Nielsen has developed new research initiatives in Neuroeconomics of Aging, Social Neuroscience of Aging, and Subjective Well-being at NIA, as well as trans-NIH initiatives for the NIH Basic Behavioral and Social Science Opportunity Network (OppNet), and in the Science of Behavior Change (SOBC). She subsequently held an NIA NRSA Post-Doctoral Fellowship in Psychology of Aging at Stanford University. Her scientific interests and research extend to the study of emotional function in aging, including age differences and age-related changes in the conscious experience of emotion, its physiological and neural correlates, and its functional role in decision making. Nielsen is a member of the Society for Psychophysiological Research, the Association for Psychological Science, and the Society for Neuroeconomics.

Nielsen received a B.A. in Philosophy from Rhodes College, an M.A/ in Psychology (cand. Psyk.) from Copenhagen University, and a Ph.D. in Cognitive Psychology and Cognitive Science from the University of Arizona in 2003.