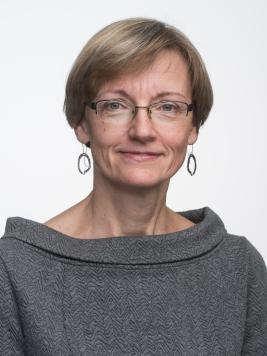 Magdalena Janus is currently an Associate Professor at the Department of Psychiatry and Behavioural Neuroscience at McMaster University where she holds the Ontario Chair in Early Child Development. She is also an Affiliate Associate Professor at the School of Population and Public Health at Univesity of British Columbia. Since joining the Offord Centre for Child Studies at McMaster University in 1997, Dr. Janus, together with the late Dr. Dan Offord, developed the Early Development Instrument (EDI), a population-based measure of children's readiness to learn at school entry. The process of implementation of the EDI is a combination of knowledge creation, mobilization, and translation. This initiative has generated academic and social policy interest at national and international levels, and has led to regional and national monitoring projects focused on early child development outcomes both in developed and developing countries. Dr. Janus and her colleagues have thus far supported the implementation of the EDI for over 800,000 children in Canada, and its adaptation in more than twenty sites worldwide. The projects Dr. Janus's team works on range from small-scale evaluations of child-based early intervention to the monitoring of population-based universal initiatives. Dr. Janus regularly serves as a consultant with various national and international organizations, including the World Bank and UNICEF, on the measurement and indicators of early child development. Over the past three years, Dr. Janus and her team have been involved in working on the enhancements for the Multiple Cluster Indicator Survey Child Development Module, resulting in child development data for MICS cycle 4.

She received an M.Sc. in biology from Jagiellonian University in Krakow, Poland, and a Ph.D. in behavioural sciences from Cambridge University.