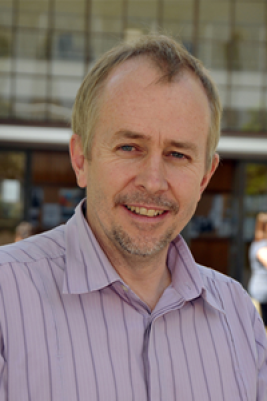 Mark Tomlison is a Professor in the Psychology Department at Universiteit Stellenbosch. He is an Associate Editor of the Infant Mental Health Journal and is on the International Editorial Board of Psychology, Health and Medicine. Prof Tomlinson has completed epidemiological work investigating the association between postpartum depression and the mother-infant relationship, and the impact of postpartum depression on infant and child development. He has also completed a randomised controlled trial to improve the quality of the mother-infant relationship and infant attachment in a peri-urban settlement on the outskirts of Cape Town, South Africa. He is currently involved in a number of community based trials. One based in Khayelitsha, Cape Town is aimed at reducing alcohol use, reducing HIV/TB and improving the nutritional status of women in the antenatal and postnatal period in Cape Town and is funded by the National Institute of Alcoholism and Alcohol Abuse (NIAAA - USA). The second is based in Umlazi, KwaZulu Natal is aimed at preventing mother to child transmission of HIV and reducing neonatal death and is funded by the Centers for Disease Control (USA) and Saving Newborn Lives (USA). Together with colleagues at the University of California Los Angeles (UCLA) he has secured funding from the National Institute of Mental Health to design a structural, community-level intervention to sustain self-protective acts among young, South African men aged 18-25 years. He is also currently one of two Research Directors of the Programme to Improve Mental Health Care (PRIME). This is a six-year project funded by Department of International Development in the UK (DfID). The aim of PRIME is to generate world-class research evidence on the implementation and scaling up of treatment programmes for priority mental disorders in primary and maternal health care contexts in low resource settings. PRIME will be implemented in South Africa, Uganda, Ethiopia, India and Nepal.