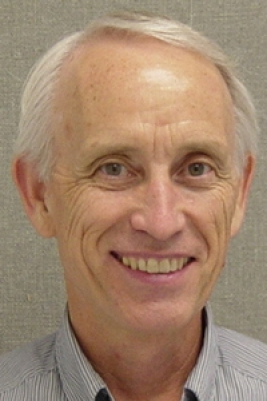 Rand Conger is a Distinguished Professor of Psychology, Human Development, and Family Studies at the University of California Davis. Conger has been a faculty member at the University of Georgia, the University of Illinois at Urbana/Champaign, and Iowa State University. He has held several administrative posts, most notably as the founding Director for the Institute for Social and Behavioral Research at Iowa State University. Conger's program of research focuses on social, cultural and individual characteristics that either increase or reduce risk for problem behavior substance abuse, and mental disorder over time. Results of his research with over 500 families in rural Iowa demonstrated that the financial pressures created by the economic downturn in rural areas during the past 20 years have placed severe strains on family relationships which, in turn, increased emotional and behavioral problems for both parents and children. This work also has identified individual and family strengths that increase resilience to behavioral and emotional problems even in the face of significant social and economic stress. A more recent study of over 800 African American families suggests that the economic stress process is quite similar for White and African American families. He currently is extending this earlier research on children, adolescents, and families in a study of over 650 families of Mexican origin in California (the California Families Project, CFP).

Findings from Conger's research have been published in over 250 books, book chapters and journal articles. The interdisciplinary character of his work is reflected in the diversity of these publications, which have appeared in leading journals in the fields of psychology, psychiatry, and sociology. During the past 30 years his research has been supported by a series of federal grants from the National Institutes of Health. In addition, the significance of his scholarly activities has been recognized through several awards from professional organizations including: (a) the Victor I. Howery Award for significant contributions to rural mental health given by the National Association for Rural Mental Health, (b) election to Fellow in the American Psychological Association and the National Council on Family Relations, (c) the Reuben Hill Research and Theory Award given by the National Council on Family Relations, (d) the William J. Goode Book Award given by the Family Sociology Section of the American Sociological Association, (e) the New Contributions to Research Award given by the International Association for Relationship Research, (f) the Distinguished Service to Rural Life Award given by the Rural Sociological Society, and (g) a Certificate of Appreciation from the U.S. Department of Agriculture.

Conger received his Ph.D. in Sociology from the University of Washington in 1976.