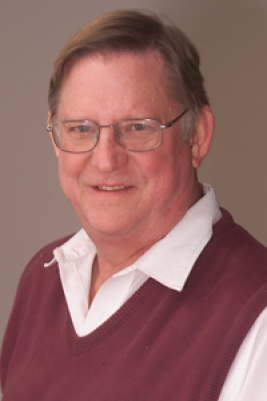 Stephen J. Suomi, Ph.D. is Chief of the Laboratory of Comparative Ethology at the Eunice Kennedy Shriver National Institute of Child Health & Human Development (NICHD), National Institutes of Health (NIH) in Bethesda, Maryland. He also holds research professorships at the University of Virginia, the University of Maryland, College Park, the Johns Hopkins University, Georgetown University, the Pennsylvania State University, and the University of Maryland, Baltimore County. Dr. Suomi earned his B.A. in psychology at Stanford University in 1968, and his M.A. and Ph.D. in psychology at the University of Wisconsin-Madison in 1969 and 1971, respectively. He then joined the Psychology faculty at the University of Wisconsin-Madison, where he eventually attained the rank of Professor before moving to the NICHD in 1983. Dr. Suomi's initial postdoctoral research successfully reversed the adverse effects of early social isolation, previously thought to be permanent, in rhesus monkeys. His subsequent research at Wisconsin led to his election as Fellow in the American Association for the Advancement of Science 'for major contributions to the understanding of social factors that influence the psychological development of nonhuman primates." His present research at the NICHD focuses on 3 general issues: the interaction between genetic and environmental factors in shaping individual developmental trajectories, the issue of continuity vs. change and the relative stability of individual differences throughout development, and the degree to which findings from monkeys studied in captivity generalize not only to monkeys living in the wild but also to humans living in different cultures. Throughout his professional career Dr. Suomi has been the recipient of numerous awards and honors, the most recent of which include the Donald O. Hebb Award from the American Psychological Association, the Distinguished Primatologist Award from the American Society of Primatologists, and the Arnold Pffeffer Prize from the International Society of Neuropsychoanalysis. To date, he has authored or co-authored over 400 articles published in scientific journals and chapters in edited volumes.