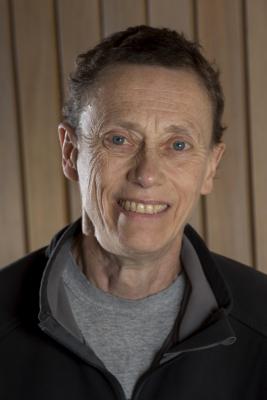 Wendy Johnson is a Reader in Psychology at the University of Edinburgh. She grew up in Tacoma, Washington, USA. She graduated in mathematics from Occidental College in Los Angeles. She spent many years as a consulting casualty actuary in the San Francisco Bay Area. With a partner, she founded Pacific Actuarial Consultants in 1991, continuing there until 2001.  She pursues research involving the structure and nature of general intelligence and specific abilities, personality structure and development, antecedents of individual and sex differences in academic achievement, antecedents of later-life health and psychological well-being, and contributions of cognitive ability to later-life outcomes, with particular emphasis on understanding transactions between genetic and environmental influences. She is currently in the Department of Psychology and Center for Cognitive Ageing and Cognitive Epidemiology at the University of Edinburgh and Editor of the European Journal of Personality. She has a grown daughter and son.

Johnson received a Ph.D. in Psychology form the University of Minnesota in 2005.

The neuroscience of human intelligence differences