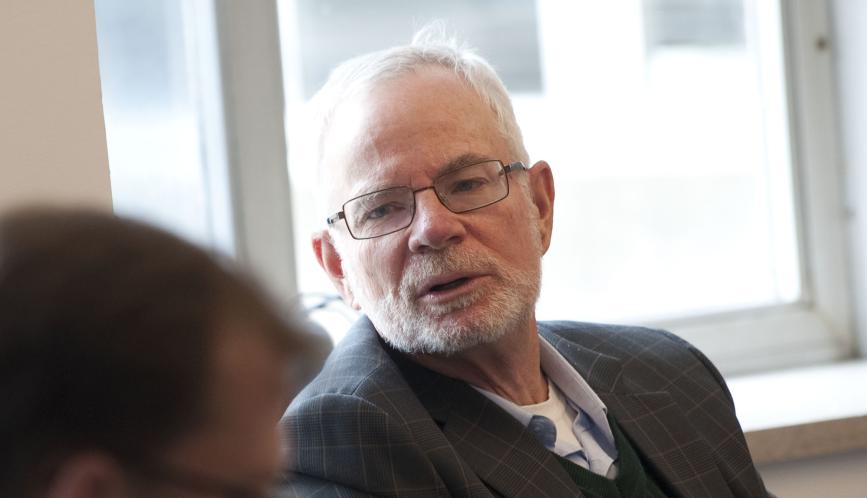 IP network member Richard Ebstein is Professor of Psychology at the National University of Singapore, and Professor Emeritus at Hebrew University. At NUS, Ebstein and his colleague Chew Soo Hong lead a group of researchers from economics, psychology, neuroscience, and molecular genetics, who are investigating core issues in the nascent field of neuroeconomics. Ebstein's research interests revolve around human behavior genetics, with the overaching goal of providing molecular insights into the role of genes as a partial contributor to all facets of human behavior. His work is highly interdisciplinary and combines personality, social, cognitive, and neuropsychology with techniques from molecular genetics.

My field of expertise is human behavioral genetics and social neuroscience.  For the past two decades I have been focused on the molecular genetic basis of human temperament and personality and their role in normal and abnormal development across the lifespan. I have pioneered the use of behavioral economic paradigms in molecular genetic studies of human behavior. Very coarsely, inequality can be attributed to individual differences, the environment in the broadest sense and the interaction between the environment and individual differences. The evidence is overwhelming that genes contribute as a rule of thumb to half the variance contributing to virtually all individual differences from height to educational attainment. It is crucial in discussions of inequality for social scientists to clearly understand how genes x environment jointly contribute to the observed disparities in individual achievement. Ignoring the role of genetics is as precarious as ignoring the environment in understanding human inequality.

I think we need to better understand both the limits of genes and environment in contributing to human inequality. We have yet to fully understand the limits that genetic endowment sets on individual achievement and on the flip side, how far we can push the genetic constraints by environmental interventions. People are not born a tabula rasa and we are not solely determined by nurture. Nature, written in the DNA code, partly determines our fate. It is the dynamic interchange between nature and nurture that needs to be further explored before problems of inequality can be minimized. Sometimes it appears that the ‘nurture’ people believe anyone can be an Aretha Franklin or Steven Hawking or that inequality in the deepest sense can be eliminated.

I think emerging scholars must accept the inevitable that inequality cannot be eliminated. Aspects of inequality can be minimized but it is Utopian and even dangerous to strive for a world where all are equal. I believe we need to aim at minimizing the consequences of innate equality by tweaking the environment as far as possible but always with the realization that eventually nurture reaches the asymptote imposed by nature. Emerging scholars need to accept as axiomatic the genetic cards we are dealt with at birth are important and try to figure out how to insure that individuals regardless of their genetic endowment get a fair chance to live a decent life.