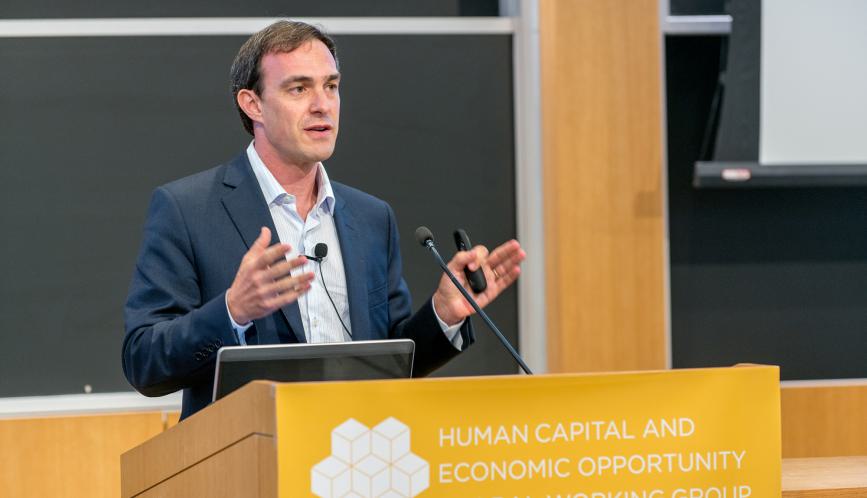 MIP network member Avi Goldfarb is the Ellison Professor of Marketing at the University of Toronto’s Rotman School of Management. He is also Chief Data Scientist at the Creative Destruction Lab, Senior Editor at Marketing Science, and a Research Associate at the National Bureau of Economic Research. His research focuses on understanding the opportunities and challenges of the digital economy. Goldfarb received his Ph.D. in Economics from Northwestern University. His book, “Prediction Machines: The Simple Economics of Artificial Intelligence,” published by Harvard Business Review Press, is out this week.

I study the economic impact of information technology. Until recently, my focus had been on the internet. While the internet is the same everywhere, its impact differs by location. As Stanford Law Professor Mark Lemley once put it, “Cyberspace is not a real place”. Chris Forman, Shane Greenstein, and I show that much of the increase in wage inequality across counties in the US can be explained by the rise of the internet. Places with large populations of skilled workers were able to benefit and wages grew rapidly. Other places stagnated. We found a similar result in healthcare (along with David Dranove): Urban hospitals with access to skilled technology workers benefited from electronic medical records, while other hospitals did not. Generally, the diffusion of the internet had a substantial impact on geographic inequality, primarily benefiting those places that were already doing well.

Recent improvements in machine learning have led to renewed interest in artificial intelligence generally and prediction technology in particular. This is a newly emerging field of study, and we have little more than speculation and hypotheses so far. I have worked on two projects that attempt to lay out the key questions. For economists, I co-edited the forthcoming conference volume “The Economics of Artificial Intelligence: An Agenda”. For a general audience, I co-authored the book “Prediction Machines: The Simple Economics of Artificial Intelligence.” Both projects emphasize that the benefits of artificial intelligence will not be spread equally. In other words, perhaps the most important question around the economics of artificial intelligence is the impact of technological change on inequality.

Drawing on my own experience, my most successful research began with me asking, “I don’t understand this but it seems important. Can tools from economics help?” Often the answer is “no” and I abandon the idea. But when the answer is “yes,” it shapes my research agenda for years.

Work on ideas that you don’t understand at first. You will be more engaged, learn more, and have new insights for the field.