Grading On A Curve: When Having Good Peers Is Not Good
Caterina Calsamiglia on Understanding School Choice
Measuring and Assessing Skills 2017 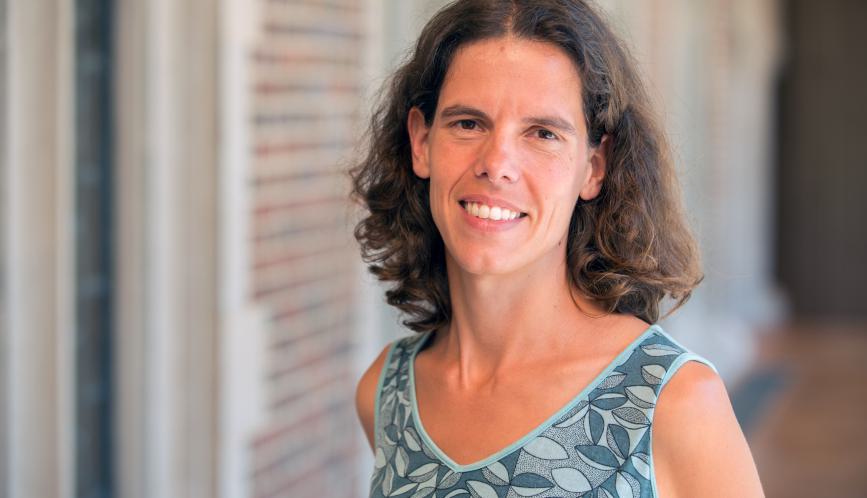 Caterina Calsamiglia is an Inequality: Measurement, Interpretation, and Policy (MIP) network member and a co-organizer of HCEO's upcoming Conference on Measuring and Assessing Skills. She is a Research Professor at CEMFI, a Research Fellow of the newborn MOVE, and an Affiliated Professor of the Barcelona GSE. Calsamiglia’s research focuses on public economics with an emphasis on school choice, affirmative action, and welfare economics. She is currently leading a new project that involves measuring changes in non cognitive skills in schools. She received her Ph.D. in Economics from Yale University.

Describe your area of study and how it relates to policy discussions surrounding inequality.

I work on mechanism design in general, and specifically on how policies can better address issues of equality of opportunities. In the last few years I’ve focused more on school choice and the design of the norms that dictate how children are allocated to schools worldwide. In particular I have been interested in understanding how the design of these norms affects parents behavior, access to better schools, the composition of neighborhoods and schools, and also the role that private schools play in the public assignment. I’ve done that from the theoretical, experimental, and empirical perspective. I maintain systematic interaction with policy makers, communicate with them what we learn from our studies, and learn from their acquired knowledge from being in the field.

I am currently leading a research initiative that targets measuring how schools systems can change the so-called non cognitive skills.

I think that now there’s been a very large increase in access to long-run data so we know a lot more the long-run impact of many of the policies. We also have realized that for many things, the short-run outcome variables we had were very bad at predicting long-run outcomes. There have been programs that were implemented that we thought in the short run were not having an impact because, for instance, test scores were not improved or IQ tests didn’t change and so on. But then later on we have realized that labor market outcomes and health outcomes and all these other aspects that we could not measure in the short run actually did change substantially. Hence, thanks to rich administrative data we have learned that some apparently innocuous policies as measured by short term variables did have a large impact on individual lives in the long run, but it also has become very apparent that we have very bad measurements of what should matter in the short run. We are in need of developing good measurements for policy evaluation of these non-cognitive skills that have become so relevant for explaining the impact of policy in long term outcomes. We do have an important literature showing those things matter in the long run but the measurements that are being used are not appropriate for policy evaluation because they are mostly self-reported tests. We need to develop tools that will allow us to get at the same traits but that rely less on self-reported tests and more on behavioral measurements in order to have measurements that are robust to manipulation and are still scalable.

This is an exciting moment for novel researchers. We have witnessed the largest increase in administrative data access and in the possibility of collecting all kinds of data about individuals’ behavior and outcomes. The world is changing, big data is everywhere, and novel methods to exploit them for policy are needed. We can benefit from fresh views. I would tell young researchers not to jump into one very specific area and discipline too quickly: read from very different disciplines, and think big about what the relevant issues are and how they can be addressed. Only then work on developing the best methodology to get those ideas through.