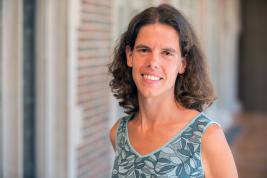 Caterina Calsamiglia is an Associate Professor at Universitat Autonoma de Barcelona, a research fellow of the newborn MOVE, and an affiliated professor of the Barcelona GSE. Her work focuses on studying the economic implications of social justice for public policy design. She's studied how the provision of equality of opportunity can be decentralized through a set of policies; she's worked on the efficiency and fairness of different school choice mechanisms; she's also studied the effects of implementing affirmative action in discriminated tournaments. Her work includes theoretical, empirical and experimental analysis.

Discussion
Structural Estimation of a Model of School Choices: the Boston Mechanism vs. Its Alternatives