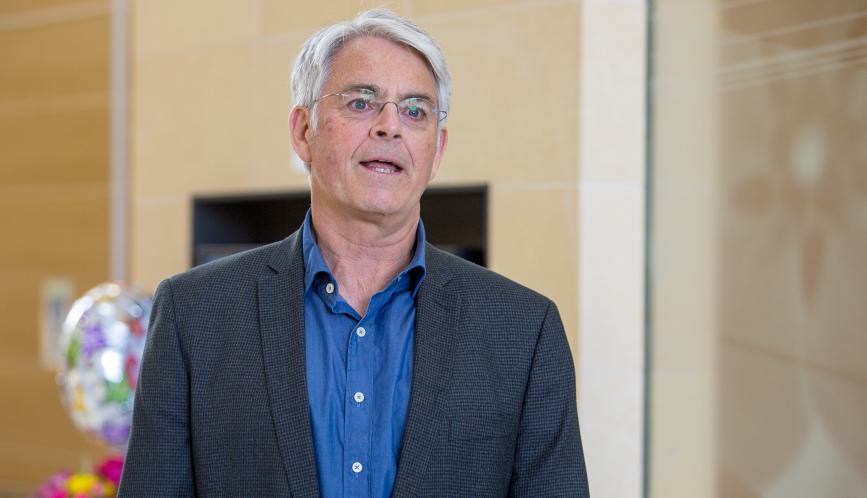 MIP network member Ian Coxhead is Professor of Economics at the University of Wisconsin-Madison. He specializes in the study of growth, trade, and development, with a regional focus on the emerging and transitional economies of Asia. His research is focused on labor markets, migration and educational choices as the primary mechanisms through which individuals and households in such economies are affected by and respond to changes in economic conditions emanating from policy reform, globalization, and real global shocks. He is also faculty affiliate of the Center for Demography and Ecology, the Institute for Research on Poverty, the Center for Southeast Asian Studies, the Center for East Asian Studies, and the La Follette School of Public Affairs.

I study the implications of globalization—the process of economic integration through markets for goods, services, capital and labor—on growth, development, and human welfare in the developing world. Globalization promotes growth but also imposes limits on the behavior of firms and on government policies; moreover, it interacts with country-specific histories, institutions, and resource endowments to create heterogeneous outcomes even in response to similar shocks. We know, for example, that energy export windfalls in resource-abundant economies can produce dramatically different results. Similarly, globalization in poor, labor-abundant economies such as Vietnam, Bangladesh, and Pakistan has produced contrasting outcomes for employment, the skill premium, and poverty reduction. Previously, when data were scarce, I studied these phenomena using applied general equilibrium simulation models. Now data are abundant, but general equilibrium insights remain important when constructing hypothesis tests about the consequences of globalization and trade shocks for employment, earnings, wages and skill premia, and educational decisions—the proximate causes of changes in welfare and in its distribution. So my work now uses data on individuals and households to understand labor market and school-to-work responses to globalization. If we understand these better, we can recommend better remedies for poverty and inequality.

The phrase “globalization and inequality” may be in the title of dozens of books and articles, but the subject matter continues both to evolve and to gain in importance. Three decades back, we all knew there was more to the story than Heckscher-Ohlin-Stolper-Samuelson, but data constraints made empirical testing and inductive model-building very difficult. Now many developing countries offer rich data on firms and individuals. So we can dig down far deeper into factors that condition the impact of globalization, cross-border investment and trade shocks on total welfare and income distribution.

One thing that these data really underline is the centrality of the labor market, broadly defined. Aggregate net gains from globalization are limited by the capacity of workers to change jobs or relocate. The distribution of those gains over the current generation depends greatly on differences in mobility across the workforce. In the next generation, they depend greatly on whether adolescents have the means and the opportunity to remain in school rather than joining the workforce as blue-collar workers. Our understanding of the globalization-inequality relationship continues to grow because we have ever-better access to data on labor markets, migration, and education.

At the same time, the conditions of globalization continue to evolve as the center of gravity of world trade and investment moves from the mid-Atlantic toward East Asia. This indicates that developing countries’ international economic relations are increasingly based on South-South interactions, rather than North-South as still taught in most textbooks and courses. As China grows and undergoes structural change, it is altering the terms of trade and comparative advantage for all other emerging economies. Their opportunities for growth are therefore constantly being redefined, and this means that the implications for welfare and distribution in those countries are changing likewise.

In the long run people will remember you for the quality of the questions that you pose. The world may be a messy place, but observational datasets are still where most of the really important questions that concern human welfare are found and addressed (this is especially true in the “globalization and inequality” domain, where natural experiments are fairly rare). So strive for rigor, but resist the temptation to use “neat identification strategy” as a filter for deciding what to work on, and regard any research paper that discusses identification before adequately motivating its subject matter with deep mistrust. Everyone who has had the privilege of earning a Ph.D. has a responsibility to give back by seeking knowledge that has the capacity to make the world a better place. That begins by asking not what data are at hand, but what important questions remain unanswered.