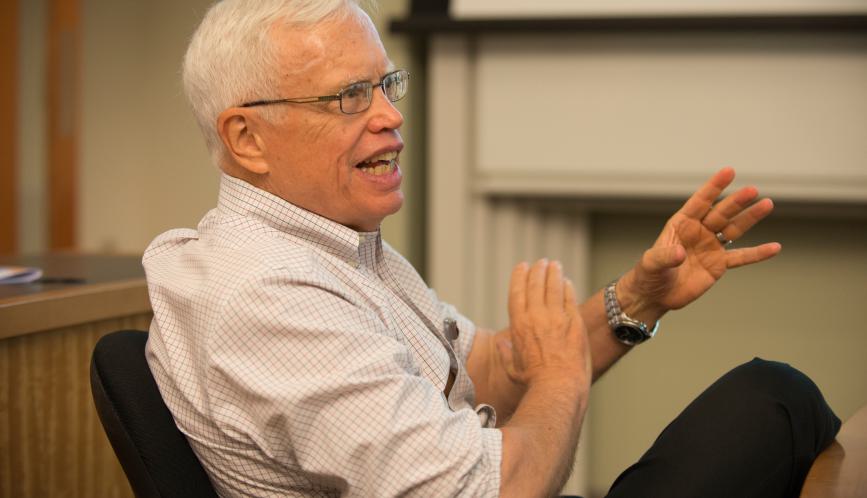 High-quality early childhood education for disadvantaged children can simultaneously reduce inequality and boost productivity in America, contends James Heckman, a professor of economics at the University of Chicago and one of the nation’s leading experts on early childhood education. “With the global rise in income inequality, children born into disadvantaged environments are at much greater risk of being unskilled and facing many obstacles in life—which is bad for individuals and bad for societies,” said Heckman, who delivered a talk, “Giving Kids a Fair Chance Early in Life: A Strategy that Works,” on February 14 at the American Association for the Advancement of Science annual meeting in Chicago.

He pointed out that economic and socially related gaps in cognitive and non-cognitive skills emerge early and can be traced in part to adverse early environments. “With smart policies we can arrest the polarization between skilled and unskilled, focusing on early years when change is possible,” he said.  Strong early childhood education programs can help overcome the gaps and help children become better prepared for success in life, he said.

Heckman spoke at a seminar titled “Talking to Kids Really Matters: Early Language Experience Shapes Later Life Chances.”  At the session, scholars discussed the importance of verbal engagement by caretakers in the development of children’s language and cognitive abilities.

Researchers have found that the timing, quality and quantity of talking with children are crucial to the development of language and cognitive abilities.  In one study, some mothers spoke many thousands of words a day to children, while another spoke only 600 words to her infant over a 10-hour day, organizers of the seminar pointed out.

The gap reduces the children’s vocabularies and undermines their performance in school, scholars contend.  Early childhood education programs can make up for some of the differences. Heckman has studied early childhood programs extensively, including the Perry Preschool Project and the Abecedarian Project, and found that they were especially effective in helping children from disadvantaged families succeed in school and later in life.

When the oldest participants were studied (at age 40 for the Perry program and age 35 for Abecedarian), the people who received services when they were younger scored higher on achievement tests, attained higher levels of education, required less special education, earned higher wages, had better physical health, were more likely to own a home, and were less likely to go on welfare or be incarcerated than other children from similar backgrounds.

Non-cognitive skills, which can be fostered at an early age, are as important to children’s futures as academic preparation, Heckman said. Those skills include perseverance, attentiveness, motivation, and self-confidence. Those skills help students perform better in school and later in the workforce, he has found.

Heckman, the Henry Schultz Distinguished Service Professor of Economics at the University of Chicago, received the 2000 Nobel Memorial Prize in Economic Sciences.