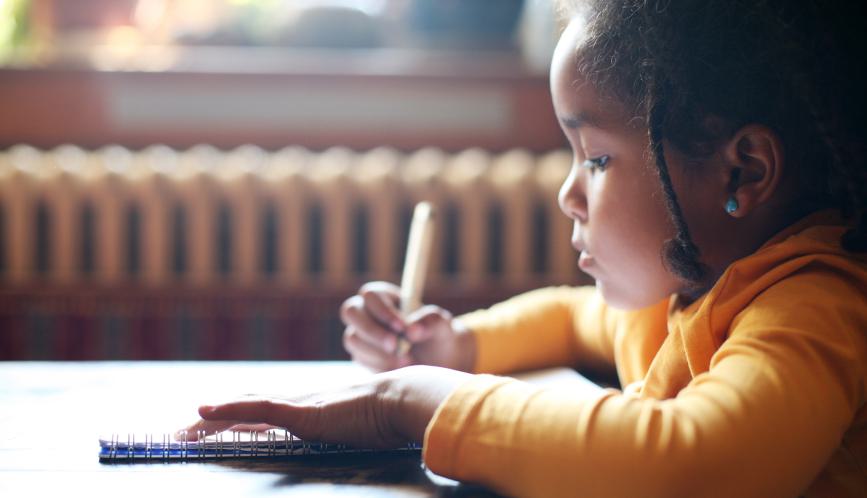 Child writing at a desk

The capability approach is a theoretical framework that studies all aspects of human flourishing. It holds forth two claims, as explained by the Stanford Encyclopedia of Philosophy: that the freedom to achieve well-being is of primary moral importance and that the freedom to achieve well-being should be understood in terms of people’s real opportunities to do that which they value. The approach, largely developed by Amartya Sen, is used to help evaluate the development of countries, as with the United Nation’s Human Development Index. Despite the popularity of the capability approach, some limitations remain. In a recent HCEO working paper, Co-director James Heckman and former CEHD Research Professional Chase Corbin review the capability approach and compare it with the skill-based human capital approach.

As the authors note in “Capabilities and Skills,” the capability approach goes beyond standard economic approaches of policy evaluation to offer a more comprehensive look. The approach looks not only at a person’s internal capabilities, but also at their external capabilities, that is whether social and political institutions “inhibit or promote” the expression of skills. Yet the theory-heavy approach lacks the sort of empiricism favored by economists.

“Research on capability theory strongly reflects personal beliefs about ideal ethical structures for society,” the authors write. “While this gives it a more comprehensive, philosophical perspective, it limits its empirical application and policy relevance.” On a more basic level, the authors argue, the capability approach lacks a theory of internal capability formation. Recent research in the economics of human development can enhance the capability theory by showing how skills are formed and how they can be measured. It also accounts for how capabilities and skills evolve over the life cycle, whereas the capability approach is “intrinsically static.”

Both approaches seek to better understand poverty and look for ways to reduce inequality. Studying skill formation is central to understanding the development of human capital. “Skills empower,” the paper notes. “They enlarge opportunity sets.” They are major sources of well-being and “enable action in a wide array of life domains.” As the authors note, while skills are only part of the story for explaining the action of individuals, they are “an important part and one that can be shaped by policy.”

The role of preferences is central to both approaches. The economics of human development considers “the role of preferences in shaping how skills are measured, which skills are expressed, and which skills are acquired.” Similarly, as the authors note, “all evaluations in the capability literature rely on preferences.” The difference between preferences and skills can be dubious, as “preferences are often valued as skills.” Furthermore, in the capability approach, only observed choices can be evaluated, although “the choices that were possible but not taken constitute the full capability set.” Conversely, the economics literature can account for alternative options “by measuring the responses to incentives which encourage or discourage agent choices.”

Measuring capabilities can be particularly challenging; skills are just one area in need of measurement. Social factors, one’s agency, and freedom of choice must also be considered. Corbin and Heckman make two criticisms of the capability literature’s attempts to measure capability sets. Self-reported survey measures “have consistently been found to be poor predictors of future outcomes.” Furthermore, a subject’s answers depend largely on “individual and socially imposed preferences;” one’s society plays a great role in what one considers an important concept.

Still the two approaches have much in common: both analyze inequality and social mobility, both use inclusive measures of inequality, both evaluate policies using an array of measurements, and both examine the core sets of skills that make up capabilities. Yet the policy relevance of the capability approach is limited by its lack of a theory of internal capability formation. While the economics of human development has a theory of skill and preference formation, it lacks any moral or ethical criteria, and has a less-comprehensive agenda.

According to Corbin, the paper also makes clear “the importance of holistic investment in the skills and abilities of children and young people through education, training, and interventions.” He says investments that enhance those made by parents and communities, “rather than fragmented policies that target specific outcomes, like the reduction of crime” are shown to be more effective. “While such specific policies, like increasing the number of police or provision of public nutrition programs, are often effective at meeting their target goals, holistic policies that aim at improving the skills and abilities of the disadvantaged meet those same targets and do so more efficiently,” Corbin says.

These findings are significant as governments and agencies around the world rely “extensively on the capabilities approach” in assessing the development of countries, as Corbin notes. “Although the capabilities approach has been very critical of standard economic approaches to the questions of human welfare and well-being, he says, “how these alternatives are in any way an improvement over traditional methods remains very unclear.” For example, the UN’s Human Development Index “partitions citizens’ well-being into categories of life expectancy, educational attainment, and standard of living,” Corbin says. “While it is meant to capture the capabilities that individuals might possibly attain, it is constructed using only measures based on observed outcomes, a practice explicitly criticized by the capabilities approach.” The modern economics of human development, the authors write, “addresses many of the criticisms raised by capability theorists against standard economic approaches, and does so in an empirically oriented fashion.”

Thanks to Chase Corbin and Professor James Heckman for their assistance in completing this article.