Research Spotlight: Does Parents' Access to Family Planning Increase Children's Opportunities? Evidence from the War on Poverty and the Early Years of Title X

Does Parents' Access to Family Planning Increase Children's Opportunities? Evidence from the War on Poverty and the Early Years
3 Questions with Martha Bailey 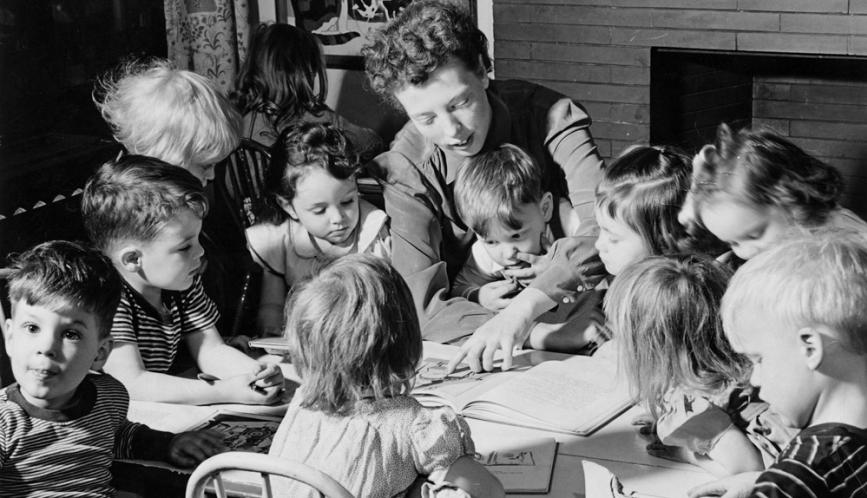 For the past several decades, the U.S. government has invested heavily in anti-poverty programs, like the Earned Income Tax Credit and Head Start, aimed at closing the resource gap for disadvantaged children and improving their long-term outcomes. There is a vast literature studying the impacts of such programs, yet there is one potential source of disparity that has been largely overlooked: family planning.

Since the early 1960s, the federal government has funded family planning programs, which provide education, counseling, and affordable contraception and medical services to women. MIP network member Martha Bailey was interested in whether these programs improve children’s outcomes. In a recent HCEO working paper, Bailey, along with co-authors Olga Malkova and Zoë M. McLaren, examine the effects of federal family planning programs on children’s economic resources.

“Our paper wanted to test these claims empirically: how differently do children fare in terms of their economic resources if their parents had access to preventative contraceptives through family planning programs?” Bailey says.

Using data from the 1970 and 1980 Census, the authors compare the outcomes of children in the same county born before and after federally funded family planning programs began. The Office of Economic Opportunity began funding these services in 1964. The paper notes that by 1973, “federal funding had initiated or substantially expanded over 660 family planning programs in each of the lower 48 states.” The authors find that children born after these programs began were significantly more economically advantaged. These children had 2.8 percent higher household incomes, were more than 7 percent less likely to live in poverty, and were 12 percent less likely to live in households receiving public assistance. The results are partially attributed to older mothers who had fewer unwanted pregnancies. As a result, the paper notes, “the average child was slightly more likely to live with two parent families, have a younger mother, and fewer older siblings.”

The authors posit that children’s economic and living circumstances were impacted in two main ways: the income effect and selection. The income effect, which accounts for about two-thirds of the gains, is “the situation where family planning directly raises the incomes of parents.” This could happen if parents use family planning to delay childbearing in order to improve education or job opportunities. The income effect can also occur through partnership decisions. Bailey and her co-authors write that family planning can “reduce the price of delaying marriage,” improve matching, reduce stress, and can also increase the likelihood that parents stay together after a child is born.

The selection effect refers to the way family planning can change who becomes a parent. Selection could potentially be an important driver of the programs’ positive effects, if they stem from the most disadvantaged parents having fewer children, which would then “raise the income of the average child (because the poorest children are missing).” The paper notes that in the 1960s, family planning programs did in fact largely serve low-income households.

To determine the importance of selection, the researchers model what outcomes would look like if the poorest 2 percent of children were dropped from the 1960 Census data. They note that selection explains about 36 percent of the increase in income for the average child. This underscores a crucial finding of their research: that family planning “may directly raise parents’ income by encouraging parents to invest in their human capital, work, and partnerships.”

“In short, this is evidence that – on net—family planning programs tend to empower parents and improve children’s economic resources,” Bailey says.

This research suggests that family planning programs could be useful tools for improving child outcomes. “Our findings suggest that family planning is another way to encourage early childhood investments, with the added benefit that it may help parents as well,” Bailey says. “Empowering parents to earn more and invest more in their children could also increase the returns other policies and programs, such as preschool, early life health programs, and public school spending.”

Thank you to Martha Bailey, Olga Malkova, and Zoë M. McLaren for their assistance in completing this article.