Research Spotlight: The First 2,000 Days and Child Skills: Evidence from a Randomized Experiment of Home Visiting

The First 2,000 Days and Child Skills: Evidence from a Randomized Experiment of Home Visiting
Orla Doyle on Preparing for Life
Early intervention and child physical health: Evidence from a Dublin-based randomized controlled trial 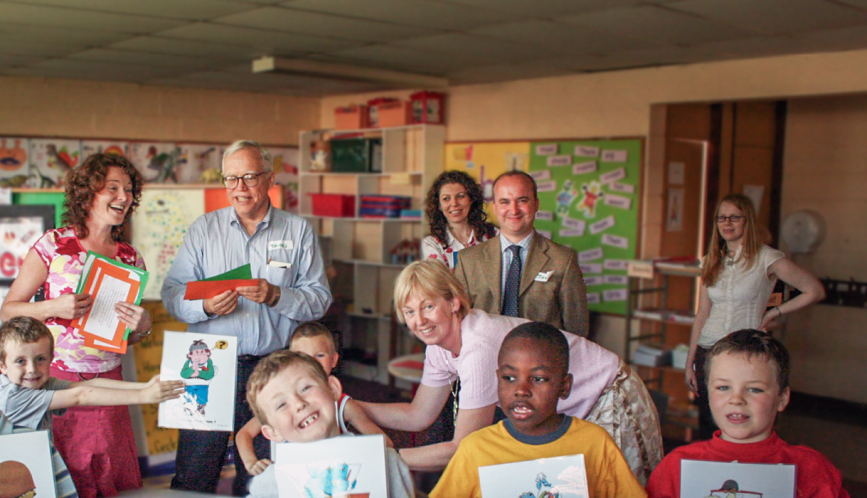 Students and researchers in classroom.

The early years of a child’s life are critical to their development. Children exposed to adverse environments during these years have been found to have unfavorable long-run outcomes in health, education, and the labor market. Early childhood interventions have the potential to counteract the effects of these environments, helping to boost cognitive and noncognitive skills in ways that can have a sustained impact over the life course. As a result, policymakers are increasingly interested in early childhood programs as a way to reduce inequality and boost human capital, yet much disagreement remains as to which are the most effective and cost-efficient programs.

ECI network member Orla Doyle contributes to this literature in her recent HCEO working paper, “The First 2,000 Days and Child Skills: Evidence from a Randomized Experiment of Home Visiting.” The paper looks at results from Preparing for Life (PFL), a birth-to-five home visiting program that targeted disadvantaged families in Dublin. In addition to home visits, PFL offered classes on parenting and baby massage, all in an effort to reduce socioeconomic inequalities in school readiness and to improve parenting skills. The impact of the program on participant’s cognitive, language, socio-emotional, and behavioral development was studied at 24, 36, 48 months, and at the end of the program, using both parent report and direct assessment of children’s skills.

Doyle notes that most studies on home visiting programs use data from the U.S. “We really have no evidence that these programs work in countries like Ireland, which already provide quite generous welfare support to disadvantaged families,” Doyle says. Due to the country’s social welfare programs, her team hypothesized that a program like PFL might have less of an effect compared to the U.S. or to developing countries. But that’s not what their results showed.

“The effects and the effect sizes that we found were actually larger than the effects that are typically found in the U.S. studies,” she says.

PFL was shown to have a substantial impact on children’s cognitive, social, and behavioral development. “The most important and the most surprising finding was the size of the effect on general cognitive skills,” Doyle says. She found a 10-point difference in the IQ scores of children in the treatment group and the control group, which is much larger than most other studies of home visiting programs. “I think that’s the more important finding of this paper,” she says. The researchers found that all cognitive skills were positively impacted.

In terms of noncognitive skills, PFL only had an effect for children with the worst behavioral problems. “The program reduced the proportion of children scoring in the clinical range for behavioral problems by 15 percentage points,” the paper notes. Surprisingly, the study found little evidence of gender differences from the intervention, which contrasts with much of the early childhood literature.

The program also had an impact on parents. High treatment participants received twice monthly home visits, and were encouraged to take baby massage classes and the Triple P Positive Parenting Program. Low treatment families had access to a PFL support worker and received tangible goods, such as toys, books, and shopping vouchers, but did not receive home visiting, baby massage classes, or the Triple P program. Other papers on PFL have reported that parents in the high treatment group spent more time interacting with their children, were more understanding of their children’s behaviors, were less likely to punish them unnecessarily, and were more likely to follow through on any necessary punishments. High treatment households were also more organized, parents were more involved in their children’s learning, and their children spent less time watching TV. Doyle notes that these changes may have contributed to their children’s advanced skills. “These practices, interactions, and activities are recognized as key means of stimulating children’s cognitive and socio-emotional and behavioral development,” Doyle writes.

Taken together, Doyle’s findings show that PFL had a substantive impact on children’s entire distribution of cognitive skills starting from 24 months. Furthermore, she notes, “the program appears to be effective in reducing the intergenerational transmission of IQ scores within the high treatment group.” It is notable that the treatment effects were large, despite Ireland’s generous social safety net. According to the paper, “inequalities in children’s skills are a universal phenomenon, and continue to persist in Europe despite these arguably more redistributive policies.” Comparing the PFL treatment groups to a nationally representative sample of Irish children showed evidence that “the program narrowed the socioeconomic gap on some dimensions of children’s skills.”

These findings are useful for policymakers, as they show that “these types of intensive, targeted, early intervention programs can work in countries that already have redistributive public policies,” Doyle says. “As far as I can tell, this is the first study to show that early intervention programs can work in that context, of already quite generous support to disadvantaged families.” This is an important finding, as governments and policymakers tend to favor universal programs, rather than a targeted one such as PFL.

While Doyle notes that this paper does not provide a cost-benefit analysis of the program, studies from similar programs that yielded smaller effect sizes were found to “satisfy cost-benefit tests.” Therefore, the paper notes, it is likely that PFL would generate positive returns on investment. Through these findings, Doyle and her team show that early and sustained investment during the first 2,000 days of life can have a positive impact on both cognitive and noncognitive skills.

Thank you to Orla Doyle for her assistance in completing this article.