Research Spotlight: The Formation of Prosociality: Causal Evidence on the Role of Social Environment 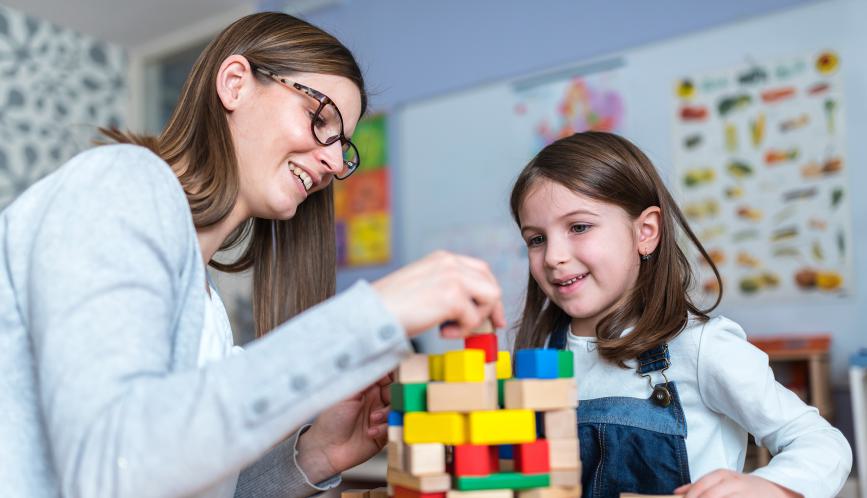 The importance of non-cognitive skills has been well-documented across various fields of research. HCEO Co-Director James J. Heckman, for example, has shown that social and emotional skills are at least as important for success as IQ. General other-regarding behaviors and beliefs, called prosociality, are particularly crucial non-cognitive skills. Prosociality matters on an individual level as it affects health, well-being, and labor market success, among other outcomes, and also on a societal level - in areas such as economic growth and government efficiency. Despite its importance, little is known about how prosociality forms, and how it can be best fostered in early life.

In a recent HCEO working paper, IP network leader Armin Falk, IP network member Fabian Kosse, ECI network member Pia Pinger, and co-authors Thomas Deckers, and Hannah Schildberg-Hörisch help to fill this gap in the literature by examining the impact a German mentoring program has on prosociality formation in elementary school children. The authors not only find evidence on prosociality formation, but they also demonstrate how gaps in prosociality among kids from high- and low-socioeconomic status (SES) households can be closed.

“Our results thus constitute a proof-of-concept that prosocial motivations, beliefs and actions can be changed, and that elementary school age is a sensitive period in this respect,” the authors write.

In order to study prosociality formation, the authors randomly assigned a group of elementary school children to a mentoring program that provides one-on-one social interactions once a week for one year. “Conceptually, the idea of the program is to extend a child’s horizon and foster the acquisition of new skills and experiences through intense social interactions between mentor and child,” the paper notes.

The mentors are generally college students who engage in joint activities with the children, such as visiting a playground or doing arts and crafts. The researchers found that the mentors are generally very prosocial people who are interested in helping others. “This person who comes into the family is very different from the people these low-SES kids usually see in terms of prosociality,” Pinger says.

The paper shows how the mentoring program explicitly encourages prosociality formation, by providing children with a prosocial role model who spends dedicated time interacting with them. In order to get a comprehensive measure of the children’s prosociality, the researchers collected data on altruism, trust, and how they regard others. They collected data from interviews with children and their mothers before and after the mentoring intervention, and also measured prosociality for mothers and mentors.

Recruited participants were sorted into high- or low-SES groups. Families were classified as low-SES if their household income was lower than the 30 percent quantile of the German income distribution, neither parent had a high school diploma, and/or the household was headed by a single parent. Low-SES families were then randomly assigned to either the Treatment Low-SES group or the Control Low-SES group. “Comparing Control Low SES and Treatment Low SES provides causal evidence on how providing children with an enriched social environment can promote their prosociality,” the paper notes. High-SES families made up an additional comparison group.

The authors find “a pronounced gap in prosociality among elementary school children” from the high- and low-SES control groups. In exploring what causes these socioeconomic disparities, they found prosocial attachment figures and intense social interactions are two of the most important drivers behind this gap. Kosse notes that high-SES families tend to have mothers who are more prosocial and who “engage together with the children in interactive activities that produce prosociality in the children.”

After the intervention, however, the socioeconomic gap in prosocial behavior was mostly closed. The authors write that prosociality in the low-SES treatment group was significantly higher than their peers in the control group, and there was no significant difference between Treatment Low SES and Control High SES. “This is not only true directly after the end of the program,” Kosse notes. “This holds for a long run of time. Even two years after the end of the treatment, we find that the gap is still closed.”

They also studied the underlying mechanisms responsible for these results, in order to explore the causal relationship. They found that exposure to the prosocial mentor made up about 40 percent of the treatment effect and the intense social interactions that took place during the intervention made up 20 percent. This finding is crucial as it demonstrates that these behaviors are malleable in children and that an enhanced social environment can have substantial effects. Thus, it is not a child’s socioeconomic status that determines their prosociality, but instead their social environment, which can be effectively altered.

These findings could have wide-ranging policy implications. For one, this work indicates that mentoring programs--such as Big Brothers Big Sisters--which are utilized by thousands of families around the world each year, can have a sustained impact on child development. Kosse, Pinger, and their colleagues find that “benefits are largest if the program leads to differences in the intensity and type of activities that a child experiences and if the mentor’s characteristics set him/her apart from the child’s usual caregivers.” Thus, choosing prosocial mentors is crucial, particularly for children who do not have intense social interactions at home.

This paper could also influence policy discussions around closing gaps in development among high- and low-SES kids.  “Investments of the type that we study in this paper may be socially desirable because they close developmental gaps arising from socio-economic disparities in investments,” the paper notes. “This is important in light of increasing social inequalities and the intergenerational persistence of life outcomes.” Encouraging prosociality in low-SES kids could have huge implications for their adult life outcomes. “Prosociality governs every social interaction between people,” Kosse says. “It’s not possible to have human interaction without prosocial behavior.”