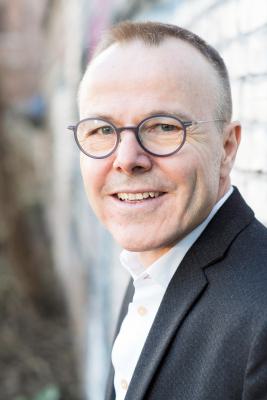 Armin Falk is Professor in the Department of Economics at the University of Bonn and director of briq, the Institute on Behavior and Inequality.  He is affiliated with several networks: He is Program Director at the Institute of Labor Economics (IZA), Fellow at the Centre for Economic Policy (CEPR), Fellow at the Center for Economic Studies (CESifo) and Research Professor at the German Institute for Economic Research (DIW). Falk's research generally aims at increasing the explanatory power of economics by providing it with a more realistic psychological and biological foundation. One of his interests concerns how "non-economic" aspects of human motivation, such as social norms, fairness and reciprocity affect labor markets and labor relations. He explores the "psychology of incentives", i.e., he investigates the interaction between psychological factors and economic incentives. Phenomena such as trust, social comparison, and intrinsic motivation explain why explicit incentives may backfire and why incentive theory should take psychological effects into account. Falk also studies formation and consequences of cognitive and non-cognitive skills. He investigates prevalence, determinants, consequences and origins of risk, time, and social preferences. He also studies the interaction of personality (Big-5, locus of control etc.), IQ and preferences. This research is mostly based on large and representative samples using experimentally validated measures as well as intervention studies.

The Origins of Gender Differences in Competitiveness and Earnings Expectations: Causal Evidence from a Mentoring Intervention
Fighting Climate Change: The Role of Norms, Preferences, and Moral Values
Limited Self-knowledge and Survey Response Behavior