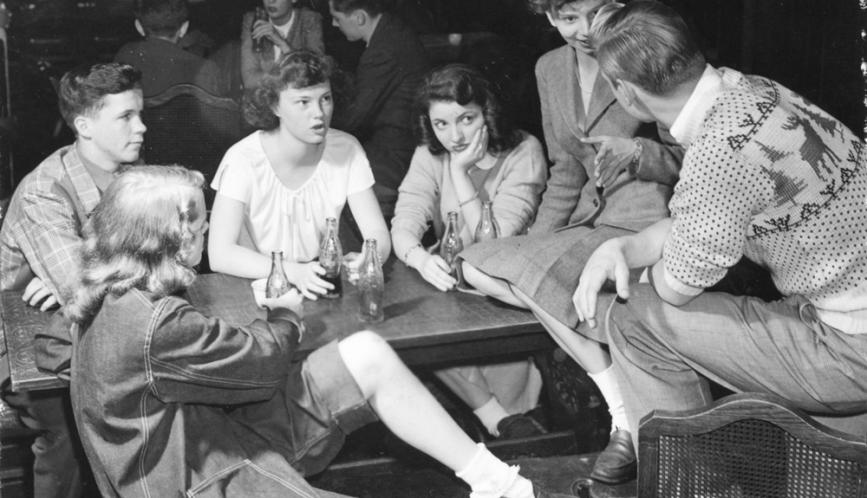 Economics literature has long documented that the gender composition of a group of peers or competitors - from classrooms to teams to the workplace - affects outcomes. FI/MIP network member Raquel Fernández and her co-authors Angela Cools and Eleonora Patacchini add to this literature in their recent HCEO working paper Girls, Boys, and High Achievers, by investigating how high-achieving students influence the long-run educational outcomes of their peers.

“In this paper we attempt to move beyond the question of gender per se and instead focus on investigating a particular characteristic: ‘high-achievers’ of a given gender, which is the term we use to refer to students with very highly-educated parents,” the authors write. “Does greater exposure to ‘high-achievers’ of the same or different gender matter? To whom does it matter? And why?”

To study this, the authors used data from the National Longitudinal Survey of Adolescent to Adult Health (Add Health). Add Health is a nationally representative sample of U.S. students in grades 7-12 that contains both in-school and in-home survey components. The authors were able to extract an important predetermined student characteristic: “whether at least one of their parents has some post-college education, to proxy for a bundle of student characteristics.” It was vital to the study to use a variable that was exogenous to the student’s experience. Parents’ education is usually in place before the student entered school. “This prevents one from using grades as an outcome as, for example, a high-ability student may encourage her peers to study harder and thus raise their grades,” the authors explain.

The authors find that having a greater fraction of the so-called high-achieving male peers within the same school decreases female students’ likelihood of completing a bachelor’s degree. The effect is sizable: an increase in high-achieving male peers “by a standard deviation (2.0 percentage points) is associated with a 2.2 percentage point decrease in the probability that these girls go on to complete a four-year college degree” some fourteen years later. Fernandez notes that these female students instead tend to attend a two-year college. These effects are asymmetric, in that high-achieving girls do not affect their female or male peers’ education outcomes, nor are the male students affected by the presence of high-achieving males. These results are robust to a variety of controls.

In addition to this central finding, the authors note that there are no statistically significant effects on overall GPA for girls or boys, but there is a negative effect on girls’ math and science grades. “So precisely those things that are more sort of gendered, in that people tend to think that boys are good at math and science and girls are not, those are the things that are being affected negatively by having these high-achieving boys around,” Fernández says.

The paper also notes that girls with a greater fraction of high-achieving male peers were more likely to engage in risky behavior, such as drinking or binging alcohol, having unprotected sex, smoking, or having a child before the age of 18. The types of female students who were more likely to be affected were ranked in the bottom half of the ability distribution of the Peabody Picture Vocabulary Test, which is similar to an IQ test for verbal ability. Interestingly, girls with at least one college-educated parents were also more likely to be affected. “It’s a mixed bag of results,” Fernández says.

This research shows that exposure to high-achieving males impacts female students while they are still in high school, in addition to other long-term consequences. “It says that having more of these boys around seems to affect girls’ confidence,” Fernández says. “It affects their ambitions and it affects their engagement in risky behavior.”

“Our paper suggests that in the future it would be useful to conduct experiments that examine how female subjects vs male subjects are affected by competing with varying proportions of high-performing males vs high-performing females,” the authors write. Further research on potential interventions is also necessary. Potential policies, the authors write, that “target these more marginal girls – that increase their ambition and self-confidence or that decrease their exposure to these boys – are likely to have beneficial effects.”

“In terms of future research, it’s really important for policy to figure out whether it’s teachers’ behaviors, or it’s the girls’ psychology, or some combination of these things that are really at play,” Fernández says. “Some people want to conclude from this that girls are better off by going to school only with other girls. I would really be adverse to that conclusion, from a policy perspective. You should not be extrapolating from this that it’s bad to be in school with high-achieving boys in general. What this says is that, within a school, it would be a good idea - if there’s a lot of these boys around - to also try to have many high-achieving girls around, as these attenuate the negative effects of these boys."