Human Capital and Shocks: Evidence on Education, Health, and Nutrition 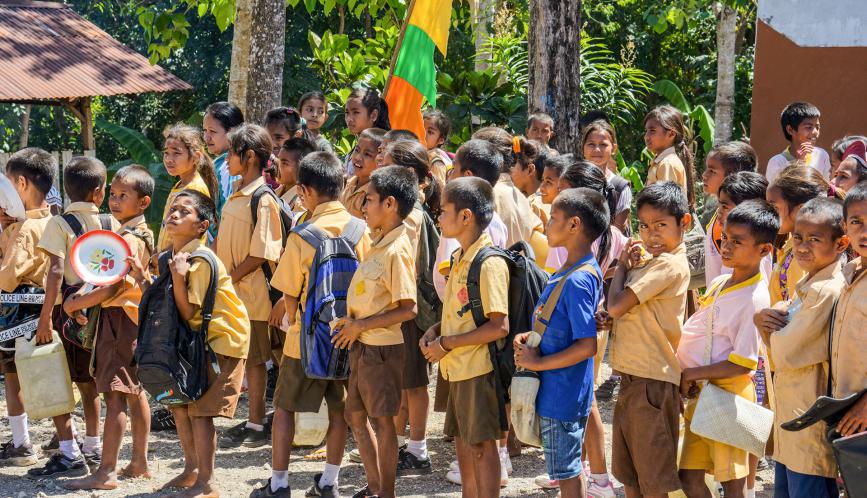 “One of the central questions in economics is: What happens to people when they’re confronted with either very positive or very negative shocks?” Duncan Thomas says. Answering this question is challenging, as it is hard to identify shocks that are both truly unanticipated and not correlated with other factors. In a recent HCEO working paper, Thomas, an FI network member, and his co-author Elizabeth Frankenberg, investigate the importance of three potential concerns for evaluating how economic shocks affect human capital.

In “Human Capital and Shocks: Evidence on Education, Health, and Nutrition,” Frankenberg and Thomas use primary longitudinal survey data collected before and after two major shocks in Indonesia: the 1998 financial crisis and the 2004 Indian Ocean tsunami. The authors consider three key concerns: the difficulty in identifying unanticipated shocks, the strategies that people use to mitigate shocks, and the differences in short- and long-term outcomes based on how people change behavior following shocks. In the face of such truly dire circumstances, the findings were not as negative as one might expect. “The picture of remarkable resilience that emerges from investigating the impacts of major shocks on child health and human capital in Indonesia is nothing short of stunning,” the paper notes.

The financial crisis in 1997 affected all of East Asia, but Indonesia was hit the hardest, Thomas says. The rupiah, the currency of the country, collapsed in January 1998. Gross domestic product (GDP) per capita in 1998 was 15 percent lower than in 1997. The magnitude of the crisis is comparable to that of the Great Depression. “In 1998 inflation rocketed to an unprecedented 80% in a matter of months,” the paper notes. The authors were in the field in late 1997, and Thomas says that while there were signs of financial trouble at a macro level, “our respondents were not talking about planning for a collapse of the economy.”

The authors drew on data from the Indonesia Family Life Survey (IFLS), exploiting a special follow-up in 1998 that they conducted, which was designed to study the impact of and responses to the shock.  So how did Indonesians react? “They did everything they could to mitigate the impact on themselves, their families, and especially their kids,” Thomas says. The paper looks at both anthropometric outcomes and education outcomes for Indonesian children. They found no evidence that child height was negatively impacted, nor was child weight deleteriously affected. At least part of this can be explained by older people, and in particular grandparents, literally tightening their belts.

Effects on education were more pronounced. Some families withdrew younger children from school so they could work and contribute to household income, particularly among the poorest families. Among children age 7 to 12, about 3 percent were not enrolled in school in 1997 and almost 6 percent were not enrolled in 1998, almost doubling the non-enrollment rate. However, subsequent follow-ups in 2015 of the same IFLS respondents indicate that in the longer term there is no evidence that educational attainment for this group of children “was lower than predicted by the linear trend; in fact they completed slightly more education than predicted” by the time they reached adulthood. Moreover, even in these poor families, older children, especially those with younger siblings, were more likely than younger children to remain in school at the time of the financial crisis. This is likely because returns to education are greater for older children, and older children are less likely to return to school once they leave. This coping strategy by families turned out to be fortuitous, as a scholarship program implemented by the World Bank in 1999 forgave enrollment fees for families who could not afford them. “By 2000, enrollment rates and disparities across the income distribution had all returned to their pre-crisis levels,” the authors write.

Compared to the financial crisis, which may have been predicted by some, the 2004 Indian Ocean tsunami that struck the island of Sumatra was truly unanticipated. Archeological data suggests there hadn’t been a tsunami off the coast of Aceh, a province in Sumatra, in over 600 years.

“There was no way anybody knew that was coming,” Thomas says. “It was so unanticipated there weren’t even buoys in the Indian Ocean to provide early warnings that a tsunami was coming – in sharp contrast with the Pacific at the time.”

“You lost family members, you lost your house, you lost your crop, you lost land, you lost everything,” Thomas says. Despite this trauma, families and communities came together in tremendous ways. “Not only were people responding in every way they could in the face of this truly horrifying experience, but also over time they really tried to rebuild their lives and those of their children in ways that are really impressive,” he says.

In studying the effects of the tsunami, the authors considered: the loss of assets, livelihoods and family members; the loss of access to food and housing; and the psychosocial effects on the well-being of the population. The tragedy was also followed “by the largest influx of aid after a natural disaster in any developing country up to that point,” an estimated $7.2 billion. The authors used data from the Study of the Tsunami Aftermath and Recovery (STAR) to study how children fared.

The tsunami reduced linear growth of children who were in utero at the time of the disaster, likely due to the combination of shocks in nutrition, income, and stress. “Three years later, however, the estimated deficits are smaller and after five years none of the deficits between the exposed and a reference cohort is significantly different from zero,” the paper notes. It is difficult to know how much of this recovery is due to the successful reconstruction effort. It is also difficult to know whether the rapid growth in early childhood of the exposed cohorts will have consequences for health and well-being in the future.

The authors draw a few conclusions from their research. They dispel the idea that those experiencing shocks do not respond as they unfold, writing that the belief is “not consistent with the core tenets of economics.” In actuality, the authors write, “the evidence suggests that individual, households, families and communities do everything they can to avoid falling into poverty traps or pulling themselves out of poverty, even in the face of large-scale and unanticipated adversity.” For some, these shocks are devastating and have long-term deleterious consequences. However, well-designed and executed policies that help families in times of need can be very effective. The authors also note that drawing long-term conclusions from short-term impacts can be misleading.

According to Thomas, there are several lessons that policymakers can learn from this research, not the least of which is the importance of preparing for disaster. As the United Nations head of disaster planning told The Guardian last year, climate change is expected to increase “catastrophic droughts and floods and the humanitarian crises that follow.”

“If families didn’t expect this crisis, it’s difficult to say to governments: you must expect this,” Thomas admits. “But what I think we learned from this that has powerful policy implications is that it’s very important for policy makers to have the intellectual and management resources in place to be ready to react to shocks, to think very hard when a shock occurs, and to effectively marshal resources to aid those most negatively affected by the shock. Drawing on what is known in the science, being very clear early on about what they can do and what they will do, policy makers can provide a foundation for individuals and families to adjust in response to the shock.” Governments should also look to and learn from other crises, he says. He notes the success of the scholarship program the World Bank put in place in Indonesia. “Being clear and direct about what you can do realistically is so important, because then affected families can think, 'Ok with this I can respond in this way and do the best for my family and community.'”

Thanks to Duncan Thomas and Elizabeth Frankenberg for their assistance in completing this article.