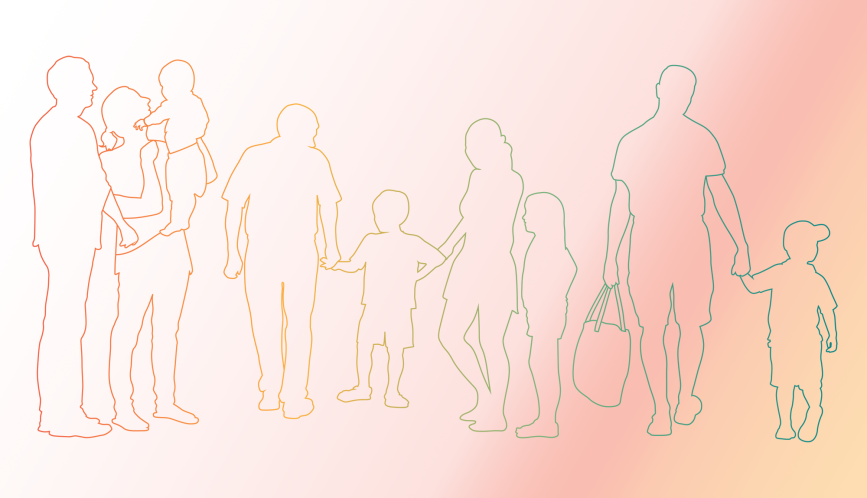 New data from the long-running Perry Preschool confirms that participants continue to benefit from early childhood intervention well into late midlife. At age 54, they showed lasting cognitive gains, better health, and other positive outcomes. Those benefits are shared with their siblings and passed on to their children, according to two new working papers.

The latest follow-up data on participants and control subjects and from their families show strong evidence that quality early childhood programs promote intergenerational social mobility for disadvantaged children. With solid data on outcomes over three generations and five decades, researchers also generated more accurate measures of the return on investment in such programs.

The Perry Preschool Project, launched in 1962, provided preschool sessions and weekly teacher home visits for disadvantaged African American children, and has followed outcomes for participants and a control group ever since. Accounting for intergenerational benefits for the first time, this new analysis shows that the programs more than pay for themselves—and the taxes that fund the program, according to principal author Jorge Luis García, a member of HCEO’s Early Childhood interventions Network.

Over their lifetimes thus far, PPP participants acquired more education and had more steady employment, higher earnings, less criminal activity, and better health and health behaviors than those in the control group. These improved life outcomes represent savings to society.

“Until now, projections of the benefits have been produced with forecasts,” said García, an assistant professor of economics at Clemson University. Having followed these subjects for decades, “now we have the actual data—the full picture of the life cycle of the original participants,” he noted. “The Dynastic Benefits of Early Childhood Education,” a working paper with Frederik Bennhoff, Duncan Ermini Leaf, and James J. Heckman, quantifies those benefits.
Focusing only on first-generation participants, for every $1 invested in the program, the benefits and savings from less involvement in criminal justice and social welfare systems added up to $9, without accounting for the taxes to pay for the program and the potential distortionary effects of those taxes, García explained. “If you count those costs, the value of benefits would come down to $6.”

When you add in the savings from improved outcomes for the children of original participants, “that $9 in benefits increases to $10.60. Accounting for taxes, the $6 goes to $7.10,” García added. “The program pays for itself. When you add in the children, you see these savings plus you get back the extra dollar you originally spent on the program.”

For the first time, the study collected data on older siblings of the original first generation preschool participants. These siblings did not attend preschool, but they had the potential to benefit from home visits that influenced parenting. The benefits to siblings turned out to be significant. The total value of benefits to participants, siblings, and children added up to $13. Accounting for taxes, the benefits increased from $6 to $9.

“I think this is a very important finding,” Garcia said. “We’re addressing the two things that people worry about in provided early childhood programs: the pure costs plus the costs of taxation and the distortion it may cause.”

An important new finding that contributes to both the cost savings and the well-being of participants is that individuals in the preschool cohort were generally healthier than their counterparts who did not attend preschool.
Researchers collected data on blood sugar, body mass, several cardiovascular health measures, the stress hormone cortisol, and other health factors, and combined all measures into an overall health index. “We found that if you were in the treatment group, you were 50 percentage points more likely to be in the top quintile of the healthiest participants,” García said.

This is the first early childhood study to assess health in late midlife based on bloodwork and other biomedical measures, rather than estimates from observations in other early childhood studies or self-reported health. In previous follow-ups at ages 27 and 40, subjects were interviewed about their health. It is significant that tests document better health in late middle age, when some of the symptoms of declining health begin to appear.

“This is great for them, and it’s a savings for the health system; they are healthier when the typical conditions start to get more expensive to treat,” García said.

In the second paper, García, Heckman, and Victor Ronda found that improved life outcomes and more stable home environments for first-generation participants led to better outcomes for their children, who are now adults in their late 20’s and early 30s.

First-generation adults in the treatment group continue to show significantly higher levels of executive function (cognition) and positive socio-emotional skills. They also score higher on grit, or the persistence to pursue a goal over an extended period.

Participants in the treatment group were more likely to be stably married, with higher average earnings and lower engagement with the criminal justice system. Therefore, their children were more likely to grow up in stable, two-parent households, and they were read to more often while growing up.

For the first time, researchers were able to collect data siblings who were up to five years older than the participants and found surprisingly strong benefits for them as well. Siblings attained more education and higher earnings and had less criminal activity than siblings of those in the control group.

The authors attribute improved outcomes to better parenting, supported by the home visits with the original first-generation parents back in the 1960s. “We have some measures of how much better the parents became,” García said. “They read to children 30 percentage points more. They cohabitated with someone other than mother 11 points less. By any measure you look at, they are more stable and providing an environment we consider to be healthier.”

Reduced criminal activity also played a role; it was strongly correlated with a higher chance of being employed at age 30. “If your father was unemployed and you were in the treatment group, you had a much higher probability of repeating the pattern,” he noted. “We have now observed three generations and found that the program is building resilience. We’re really breaking the cycle of poverty, through good parenting and employment, and that’s important.”