Longer, More Optimistic, Lives: Historic Optimism and Life Expectancy in the United States
Does Hope Lead to Better Futures? Evidence from a Survey of the Life Choices of Young Adults in Peru
3 Questions with Carol Graham 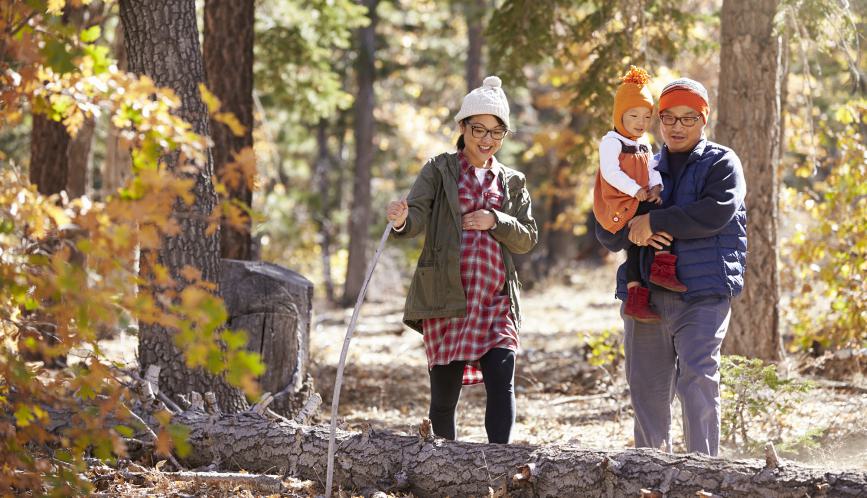 Parents and baby walking through the woods.

When economists Anne Case and Angus Deaton published their findings a few years ago, showing that mortality rates among middle-aged white Americans were rapidly increasing, the news took many by surprise. As Case and Deaton (HI network member) noted, in other rich countries, mortality rates for middle-aged, non-Hispanic whites increased from 1998 to 2013. In the US, however, mortality for this demographic increased enough “to offset mortality gains for children and the elderly,” leading to a decline in overall life expectancy at birth. What drove this increase was also shocking. The two largest causes of death for this age group, heart disease and cancer, were being overshadowed by increases in drug overdoses, suicides, and alcohol-related liver disease, earning the moniker “deaths of despair.”

In a recent HCEO working paper, MIP network member Carol Graham and her co-author Kelsey J. O'Connor take Case and Deaton’s work a step further, exploring historical data to find out when despair among poor whites started. “A little-understood question is the extent to which optimism and aspirations actually matter to future outcomes,” the authors write. In the paper, Graham and O’Connor study the assumption that more optimistic people live longer, using data from the Panel Study of Income Dynamics (PSID) that spans the years 1968 to 2015.

The PSID is a longitudinal, nationally representative, household survey. While it surveys families as a whole, subjective questions only track heads of household, which is important for the purposes of this paper. In the early years of the sample, respondents were mostly men, though that shifted over time. To study attitudes about optimism, the authors used “responses to a question related to whether the respondent believed life would work out.” The results show that, without additional controls, “optimists are statistically significantly less likely to die.” Conditional on being alive in 2015, optimists had a 52 percent probability of surviving another year, while pessimists had a 48 percent probability.

When the authors looked at outcomes along varying segments of the population, they found vast differences. Some were intuitive, like the fact that variables associated with higher socioeconomic status (higher education levels, better health, being employed and owning your own home) are positively associated with having optimistic views. This finding is part of what the authors call a virtuous circle: optimists live longer in part because “they are better educated, earn greater incomes, and are free from mental or physical work limitations.” Graham also notes that in the survey’s early years, women and blacks had lower levels of optimism than white men. That started to change in the 1970s.

“In the 70s you had an improvement in gender rights, you had an improvement in civil rights,” she says. This shift coincided with a decline in manufacturing, which is precisely when optimism levels for blue collar white men began to fall. “We find that the only group that had a decline in optimism rather than an increase was blue collar whites,” Graham says. This finding is particularly notable, she believes, because it shows that the feelings of desperation among the blue-collar working class began much sooner than was previously thought.

The authors also use the data to predict optimism for the same individuals in subsequent years. “The predicted trends are informative,” the authors write, “in part because they summarize the influence of multiple characteristics.” They found that people with less than a high school diploma showed the greatest declines in optimism, “which suggests that the trends affecting despair and leading to substance abuse and suicide started long before the 1990s.”

Graham suggests further research should explore what creates resilience. In earlier work with Sergio Pinto - before the findings on deaths of despair, she found that poor African Americans and Hispanics displayed much higher levels of optimism and lower levels of stress than poor whites, something that was surprising at the time. They then found that their markers of different levels of well-being fit with the patterns in those deaths, with blacks and Hispanics significantly less likely to die of those deaths than whites.

She notes that white Americans have historically placed a high value on individual effort being all one needs to get ahead. “African-Americans and Hispanics didn’t believe the American Dream was perfect because it discriminated against them,” she says. Instead, these groups tend to have stronger informal safety nets, such as ties to extended family or the church. “The cohort that had privileged access to the American Dream and had the stable blue collar jobs and the stable families, when those fell apart they didn’t have these other coping skills and social ties. And how do you transition from that? That’s a huge question with big implications for policy.” Graham notes that other literature, particularly in the mental health field, shows that resilience can be learned, and at different stages at life. “There are things you can do at every stage of the growing up process...to try and help build resilience and coping skills in a way that normally that tends to come from families and homes.”

The authors note how important it is to gain a greater understanding of the population’s well-being and optimism, and how those factors translate to outcomes. “Our finding on the early declines in optimism among the less than high school educated population, and their long-run links to premature mortality and deaths of despair in the U.S., meanwhile highlight the importance of better understanding its causes and consequences,” they write.

“Had we been tracking these things over time, through the PSID or other surveys, we would have had some warning signs begin to demonstrate extreme stress before the deaths of despair stuff came out,” Graham says. “Now we have a crisis that’s going to be very hard to get around for a whole generation.” She recommends that the U.S. add complementary metrics on different aspects of well-being – such as life satisfaction and stress - to existing surveys, which could give us greater insight in how best to foster positive life outcomes.