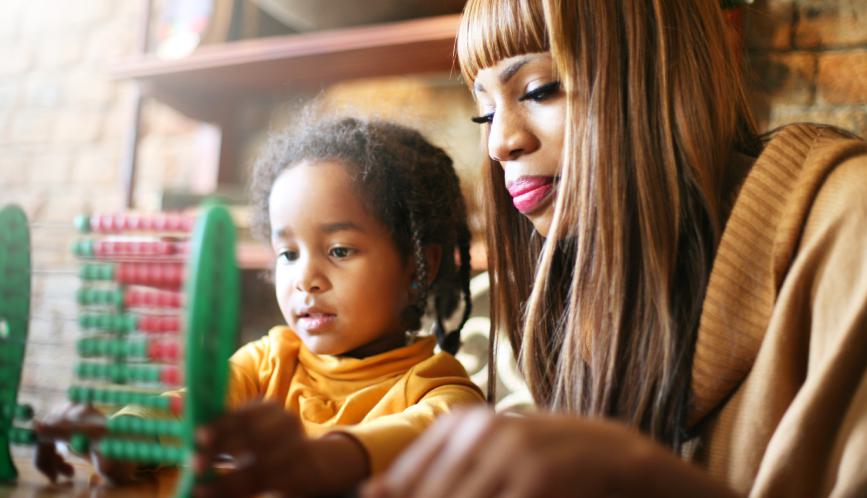 Abundant evidence shows that families strongly influence the economic future of their children. But what is it, exactly, in parental relationships and family environments that explains the persistent link between economic outcomes across generations?

Many factors no doubt play a role, but new research from HCEO Markets Network member Eric Hanushek shows that skill transmission is an important part of the answer. Hanushek and coauthors link school test scores to previously measured test scores of their parents. They find that parents’ math and language skills are causally related to their children’s skills.

Parents are influencing their children’s skills, and skills are, in turn, influencing education and career choice, the research team found. Children of parents with stronger math skills were more likely to go into science, technology, engineering, and mathematics (STEM) fields.

Findings are summarized in an NBER working paper, “The Intergenerational Transmission of Cognitive Skills: An Investigation of the Causal Impact of Families on Student Outcomes,” coauthored with Babs Jacobs, Guido Schwerdt, Rolf van der Velden, Stan Vermeulen, and Simon Wiederhold.

Researchers took advantage of an early series of surveys from the Netherlands that collected test scores on elementary and secondary school students. They paired these data with national registry data to create a database that matched students tested in 1977, 1982, and 1989 at about age 13 with their children who were subsequently tested at the same age. By comparing differences between the parents’ math and language skills to those of their children, they could purge all aspects of families, schools, and neighborhoods common to both skill measures. They found that a one-standard-deviation increase in parent skills increased the skills of a child by 0.1 standard deviations.

What is driving this strong parent-to-child transmission of skills? It’s not purely genetic, Hanushek said, because classroom factors clearly influenced skills. The dataset was rich enough to allow researchers to use instrumental variables (IV) estimation to estimate the impact of peers and teacher variables. They found that skills “are not fully predestined but can be directly altered by the education system.” In other words, “If you were in a classroom with a bunch of math geeks, your math skills got better. Teachers have effects too,” Hanushek said.

“The surprise is how stable and consistent the baseline between-subject estimates and the IV estimates were across extensive specification and robustness checks; they didn’t change no matter what other factors we considered. There was a strong parental skill influence, no matter what you looked at,” noted Hanushek, the Paul and Jean Hanna Senior Fellow at the Hoover Institution of Stanford University.

Skills at this pre-middle school age were also predictive of future education choices and career paths. Those with strong math skills were more likely to go into a STEM field, although they did not necessarily earn more than those with strong language skills. “That’s something that Jim Heckman has argued for a long time: early skills predict where kids are going to end up,” Hanushek said.

Because researchers analyzed math and language scores separately, they were able to show that skills in these different domains have separate impact on economic outcomes. “Before I did this research, I would have said that it wouldn’t matter whether we used a measure of math skills or language skills, but what we found is that when we looked at the impact in the labor market, we could see the separate impact of different skills. The market values both kinds of skills. People with strong math skills or strong language skills do better.”

The finding that both parents and school-based factors influenced children’s skills has important policy implications. “There is a lot of debate about how to improve student achievement and close skill gaps. There is a group of people who say that we can’t do anything to really fix schools until we fix families—and usually that means giving families money,” Hanushek explains. But altering parental relationships and family environments is far from an exact science. This research “links what you do today in schools to help students build skills of the next generation. It has a lasting impact. It not only affects the lives of today’s students, it also affects their children.”

The work underscores that the circumstances of birth don’t fully drive economic destiny. Education still has a role to play as the great equalizer, with lasting impact. “Strong persistence in the transmission of human capital across generations is often seen as an obstacle to equality of opportunity. But this might only be partly true,” the researchers write. “Our IV results clearly show that the part of parent cognitive skills that is malleable by educational quality also carries over to future generations. Thus, the crucial challenge for education policy remains to guarantee equal access to good education.”