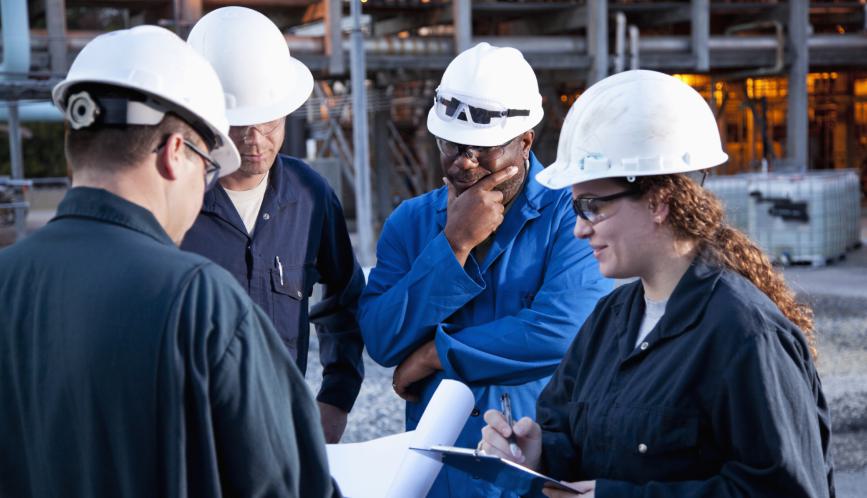 Since the Ph.D. thesis of Milton Friedman, economists have long held that occupational licensing is a labor market friction with few, if any, redeeming features. With close to one quarter of the U.S. labor force requiring a license in order to legally work, and policymakers look for new ways to spur the economy, determining the benefits of job licensing has never been more relevant.

In their recent HCEO working paper, MIP network member Peter Blair, a Clemson professor, and his student, SSSI alum and Chicago Price Theory Scholar Bobby Chung, examine the effects of occupational licensing on racial and gender wage gaps. One study shows that, in 2016, the average black male earned 70 percent of the hourly wage of the average white male. The gender wage gap also persists. As of 2016, the American Association of University Women found that white women earn an average of 79 percent of white men’s earnings. For black women, that percentage falls to 63 percent.

Blair and Chung were interested in whether these wages gaps were due to asymmetric information between firms and works that were rooted in racial and gender stereotypes. In the paper they use occupational licensing as a tool that could break the information asymmetry, by providing information about workers to employers. For instance, many state licenses preclude felons from obtaining a license and have human capital requirements such as continuing education or training. The authors were interested in whether this information, conveyed by the license, was being priced into the wages of workers differently for women and minorities, as compared to white men.

Using data from the nationally representative Survey of Income and Program Participation (SIPP), the authors find “substantial heterogeneity in the licensing premium by race and gender.” The paper notes a convergence in wages for both licensed minorities and women, in comparison to their white counterparts. Occupational licensing was found to reduce the racial wage gap between white and black men by 43 percent, and the gender wage gap between women and white men by 36 to 40 percent.

The reduction in the wage disparity can be explained by two separate mechanisms. For women, the higher wages can be attributed to the human capital that is tied to the license. That is, the license shows that these workers have made significant investments in their own training, so their quality as workers is more easily observable to employers. The authors also found evidence that, even in the absence of human capital requirements, having a license resulted in a 4.3-4.6 percent wage premium for white women relative to white men, and a 7.6-8.3 percent wage premium for black women. In essence there is some signaling value in licenses for women, even for uninformative licenses.

For black men, Blair and Chung hypothesized that the returns to licensing were coming from signaling non-criminal status, similar to the recent work on “Ban the Box” initiatives, which find that in the absence of information on the criminal history of workers, firms are less likely to hire black men. “We started thinking, ‘What is it the license could signal about black men that it’s not signaling about women?’” Blair says. “One of the first things that came to mind was felony status.”

To test this theory, the researchers created a new data set using information from the American Bar Association. They found over 16,000 legal citations that restrict the ability of felons to obtain occupational licenses by state, which they matched with state occupation data, and then sorted into two groups: states that have permanent felon bans and those that have temporary bans. They were surprised by their findings. They had assumed licensing would mostly impact the gender wage gap, yet the effect of licensing on black male wages was even more striking.

“Occupational licensing reduces the racial wage gap between white and black men by 43%,” the authors write. In states with felony restrictions, licensed black men earn an average of 5 percent more than their white male counterparts, whereas those in licensed jobs without permanent felony bans earn 10.4 percent less than white men.

The authors tested for several alternatives to the felony signaling mechanism to explain their result, including differential selection of workers into unionized or government work, or higher returns to human capital for black men in occupations with felony restrictions. These alternatives did not explain the results. “The idea that the license is functioning as a positive signal of felony status for black men is a robust result in the paper,” Blair says.

Licensing doesn’t just affect workers, so Blair and Chung also examined the effects on firms. The paper shows that the licensing premium for black men in felony-restricted jobs is larger in small firms, and smaller in large firms.

“What’s happening is that it costlier for smaller firms to do background checks and other types of screening; hence smaller firms pay a larger premium for the information in a license than larger firms do,” Blair says. “This is very important from a policy standpoint because we know that small businesses account for the vast majority of businesses in the United States.”

The paper shows that occupational licensing mitigates wage discrimination faced by women and minorities by providing the labor market with useful information. These findings provide policymakers with an important dimension to consider when contemplating occupational licensing reform. Blair and Chung share the view of fellow economists that licenses are a labor market friction, with the caveat that licenses also provide useful information to employers that reduces statistical discrimination in the labor market.

“In the absence of licensing, it is possible that we could see black men being hired at lower rates and receiving lower relative wages, if removing the information in the license causes the market to unravel, which is the reverse of what the policy intended to do,” Blair says. “That’s the thing that you want to guard against when you do this type of policy reform: How do we reduce the frictional aspects of occupational licensing, but at the same time retain the informational component?”

Thank you to Peter Blair and Bobby Chung for their assistance in completing this article.