An SEIR Infectious Disease Model with Testing and Conditional Quarantine 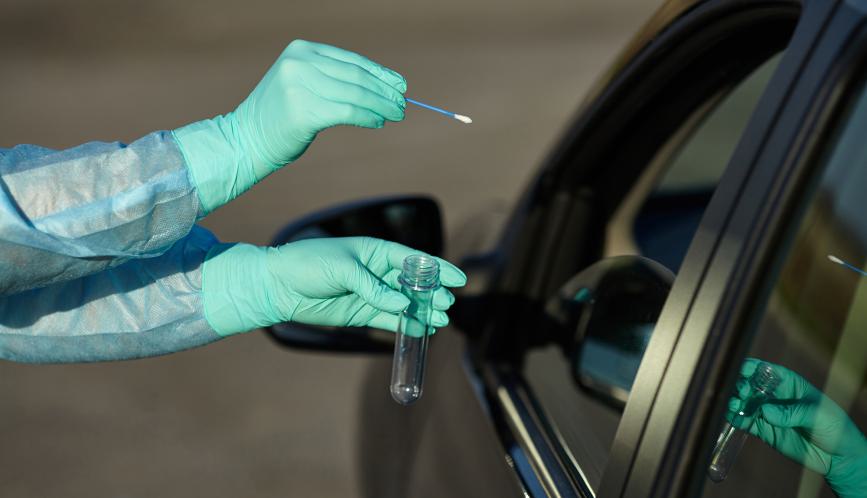 “Once again, our key message is: test, test, test,” the World Health Organization tweeted on March 16, quoting its director, Dr. Tedros Adhanom Ghebreyesus. The simple message highlights what public health experts have long known was a key component of COVID-19 policy, a message that Markets network member Kyle Herkenhoff and co-authors David Berger and Simon Mongey chose to lead with in their recent HCEO working paper, “An SEIR Infectious Disease Model with Testing and Conditional Quarantine.”

The paper uses the Susceptible-Exposed-Infectious-Recovered (SEIR) infectious disease epidemiology model to compare outcomes with varied testing and quarantine scenarios. In mid-March, when the authors were working on this paper, to their knowledge no other models had yet incorporated conditional quarantine and asymptomatic testing into an epidemiological framework. This was the impetus for the paper: to develop a framework to understand the effectiveness of testing and how to alter the trade off between economic output and mortality.

“In most existing frameworks that ignore testing, if you want to increase output, you have to relax quarantine and so necessarily your death rate is going to go up,” Herkenhoff says. “Whereas with testing, you can smartly reduce the number of people in quarantine, while keeping deaths lower; you can release those who are negative and quarantine those who are positive.”

“Our aim is to try to understand the role of asymptomatic transmission and how testing and/or quarantine of asymptomatic cases can affect the prorogation of infection and mortality,” the authors write. “Our modifications therefore make policies contingent on what is known about an individual.”

The authors then compare the consequences of a common quarantine policy with no testing and a targeted quarantine policy with testing. By the paper’s publication, the highest number the U.S. had reached in testing was close to 0.02 percent of the untested population in a single day. It was testing on average around 50,000 symptomatic people per day. The second policy proposed here would require the U.S. to test 1,700,000 asymptomatic people per day. While the country is indeed ramping up testing, having committed billions to the effort in recent weeks, by mid-May, the COVID Tracking Project showed that testing levels were just starting to average 400,000 a day.

Herkenhoff also points out that the type of testing modeled in the paper is one in which a household is given a number of tests and is tracked over time. In the model, about 0.5 percent of the U.S. population would be tested per day, equating to about 1.5 million test bundles. “It's a fairly costly program, which also, I think, pushes this paper again into the realm of proof of concept,” he says. He stresses that the paper’s push for testing asymptomatic individuals varies greatly from the type of testing the U.S. government has been doing thus far.

The authors simulate putting these tests into the model, then loosening quarantine restrictions to match the same number of long-run deaths as in the baseline model. “The corollary of this is that we can lower deaths and increase output,” Herkenhoff says. “We show that you can have the same number of deaths, much higher output if you test a lot and you release negatives and you also release those who are recovered. Then we make this conceptual point that testing shifts the pandemic possibility frontier, it shifts the trade offs between output and deaths in a way that will allow you potentially to lower deaths and increase output.”

The paper uses the fraction of people in quarantine as a measure of the loss of economic activity. In the scenario with targeted quarantine and testing, because fewer individuals need to be quarantined, output is significantly higher in the first 100 days of the pandemic and recovers more quickly. “Accumulating output produced each period over the first year of the pandemic, output is 10 percent higher under the testing policy,” the authors write.

Under the increased testing policy, there is also a reduction in peak infection load. “Common quarantine pushes the peak infection back by about 170 days, whereas the targeted quarantine with testing tends to put the peak caseload back by 250 days, buying an additional quarter to prepare the medical system,” the authors write.

The authors stress that they are not epidemiologists. “We think that our exercises show that adding incomplete information and a role for testing through targeted quarantine does not overly complicate the baseline model and allows discussion of testing policies that cannot be discussed in the baseline complete information model,” they write, adding that their features could be easily integrated into more quantitative epidemiology models.

“We didn't want our numbers to be taken as very serious calibration because we're just not qualified to do that,” Herkenhoff says. “But what we can do and what we did do is kind of push the theory frontier a little bit and say, ‘Look, here is a proof of concept where if you spend more money or you allow for more testing, you can really lower the number of deaths and increase output.’”