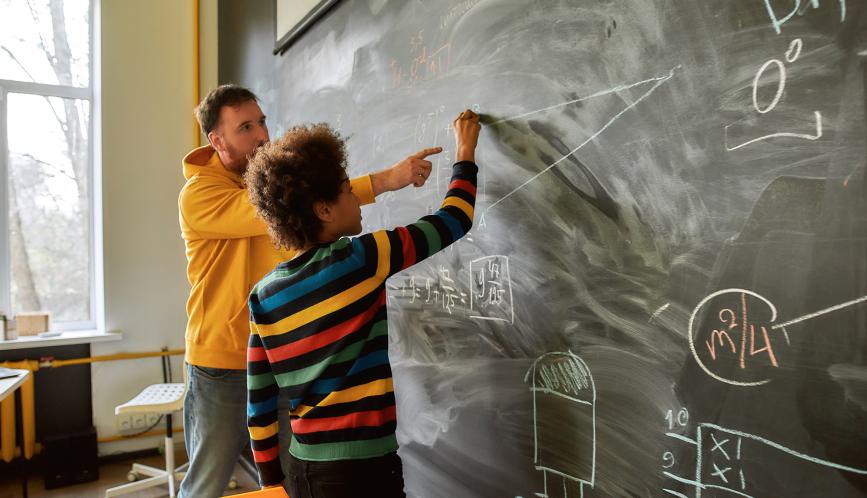 Cognitive skills, IQ, and academic achievement are all important factors contributing to success in life—but noncognitive or socioemotional skills also play a powerful role. Skills like persistence, conscientiousness, and emotional stability have been shown to predict educational attainment, health, earnings, and employment outcomes over time.

To tease out the impact of such skills and traits on education and life outcomes, researchers need to measure these intangibles accurately. Self-reported assessments of these skills have their limitations, especially with children, so researchers often supplement them by gathering ratings from adult observers, including teachers and parents.

Results are based on a study of more than 5,000 children in grades four through six in 16 primary schools in Mianzhu, a county in Sichuan Province in China. Findings were published Feb. 2, 2022, in “Comparing the reliability and predictive power of child, teacher, and guardian reports of noncognitive skills” in the Proceedings of the National Academy of Sciences.

Measuring noncognitive skills is essential when evaluating outcomes from educational and early childhood interventions. Usually, this data is collected by surveys. However, “sometimes young children may not understand the questions fully,” says Kautz, a senior researcher at Mathematica. “They also may not have a good reference point for comparison. For example, if they compare themselves to other children around them who are very hard working, they may call themselves less hard working.”

Partly for that reason, researchers started assessing these skills by adding observer reports from guardians and teachers in addition to child self-reports, says Kautz. “Until this paper, we didn’t know is whether that was valuable. If you have all three reports, are you able to predict outcomes better?”
“We find that the teachers are by far the best at reporting on students. If you have the teacher reports, adding the parent or child reports helps only negligibly. Our conclusion is that if you have to pick one measure to focus on, pick the teacher report.”

For most outcomes, teacher reports of noncognitive skills rivaled the predictive power of IQ—and “added predictive power beyond IQ, as teachers were clearly capturing different dimension,” Kautz noted. However, IQ scores were much better at predicting was future IQ.

The reports of noncognitive skills from children, guardians, and teachers are only moderately correlated with each other. Kautz theorized that teachers’ skill ratings were more predictive because teachers observe many different students over time and in different behavioral situations, so they can better gauge children’s skills relative to others. For instance, parents may not observe their own children interacting with others as often  in situations where fights and conflicts may arise or when problem-solving skills are needed.

“The most important thing is that the teacher reports seem to be by far the most predictive of outcomes in school, having access to student and parent reports don’t help that much,” Kautz concluded.