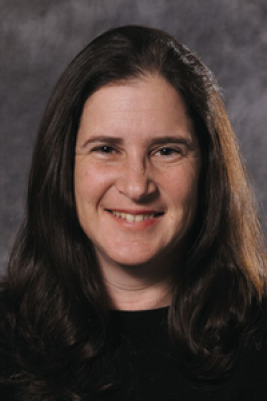 Deborah J. Lucas is the Sloan Distinguished Professor of Finance at MIT's Sloan School of Management. Her recent research has focused on the problem of measuring and accounting for the costs and risks of government financial obligations. Her published papers cover a wide range of topics including the effect of idiosyncratic risk on asset prices and portfolio choice, dynamic models of corporate finance, financial institutions, and monetary economics.

Previous appointments include Assistant Director at the Congressional Budget Office from 2009-2011; Donald C. Clark Professor of Finance at Northwestern University's Kellogg School of Management from 1996-2009; Chief Economist at the Congressional Budget Office from 2000 to 2001; senior economist at the Council of Economic Advisers from 1992 to 1993; and member of the Social Security Technical Advisory Panels of 1999-2000 and 2006-2007.

Past editorial positions include co-editorship of the Journal of Money, Credit and Banking and associate editorships for a number of finance and economics journals. She is the co-organizer of the group Capital Markets and the Economy at the NBER, and a past director of the American Finance Association. She is an elected member of the National Academy of Social Insurance, a research associate of the NBER, and has served as a director on several corporate and non-profit boards.