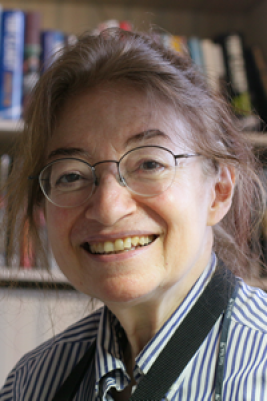 Guillermina Jasso is Silver Professor and Professor of Sociology at New York University. She was the founding director of the Methods Workshop at New York University (1991-1997) and the founding director of the Theory Workshop at the University of Iowa (1988-1991), as well as a co-founder of the Life Course Center at the University of Minnesota. She served as Special Assistant to the Commissioner of the U.S. Immigration and Naturalization Service (1977-1979) and as Director of Research for the U.S. Select Commission on Immigration and Refugee Policy (1979-1980).

Professor Jasso was elected to the Johns Hopkins Society of Scholars and to the Sociological Research Association, and was elected a Fellow of the American Association for the Advancement of Science. She was a Fellow at the Center for Advanced Study in the Behavioral Sciences (1999-2000), is a Research Associate at the Hobby Center for Public Policy at the University of Houston, a Research Fellow at IZA Bonn, a Fellow at the Stanford Center on Poverty and Inequality, and an External Research Fellow at CReAM, University College London. Professor Jasso's Erdös number is 3.