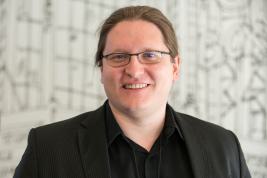 Joseph Kable is Assistant Professor at the University of Pennsylvania. Research in the Kable Lab seeks to understand how people make decisions, and to trace out the psychological and neural mechanisms of choice. The Lab employs an interdisciplinary approach to tackle these questions, drawing on methods and ideas from social and cognitive neuroscience, experimental economics, and personality psychology. They aim to draw links across these different levels of analysis, and to build explanations of decision-making that account for both people's choices and the neural mechanisms underlying those choices. One of our goals is to understand the mechanisms underlying changes in people's preferences. Recently, they have used fMRI to show that the subjective value people place on different rewards is represented in a common neural currency -- a "utility"-like neural signal. They are now examining how neural value signals change when people change their decisions for different reasons (e.g., heuristics and biases, preferences evolving over time, education, or social influence). Another goal is to understand the different sources of individual differences in decision making. Recently, we have reported dramatic differences across individuals in impulsivity, which are associated with how certain brain regions are active during decision-making. They aim to explore the extent to which differences in decision-making are stable and trait-like as opposed to context-dependent, and to analyze the psychological, genetic, and neural sources of these differences.