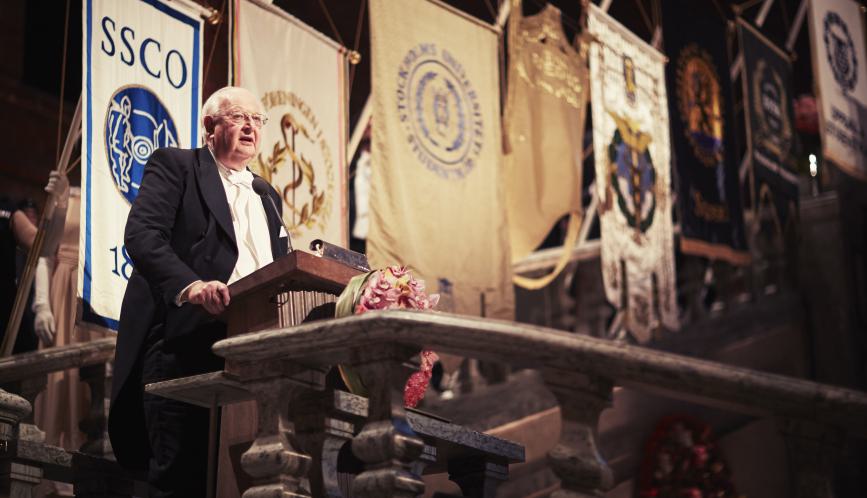 Angus Deaton, a member of the Health Inequality network, is Dwight D. Eisenhower Professor of Economics and International Affairs at Princeton University. His research interests include health, development, poverty, and inequality. Deaton’s current research focuses on the determinants of health in rich and poor countries, and analysis of household surveys. Deaton was awarded the 2015 Nobel Prize in economics.

I’m very interested in measurement and I’m concerned with measuring poverty, measuring inequality in the United States, and India where I do a lot of specialized work, and around the world. A lot of what I do is counting and thinking about the methods for counting, especially in the international context, you have to calculate price indices for different countries in the world to get what is called purchasing power parity converters. I’ve spent a lot of time worrying about those things. I’m also very interested in health and my colleague, my wife, Anne Case and I recently wrote a paper showing white non-Hispanic people in middle age have rising mortality rates, something that is much worse for people who only have a high school education or less. The rise in mortality rates is not happening for people who have a college degree. You have a situation there in which there is inequality in education which is associated with an inequality in health. We’re very interested in what has been happening to that segment of the population, which is white, non-Hispanic, males and females with only a high school education in their 40s and 50s who are doing much worse than I would expect them to do.

It used to be that you couldn’t talk about inequality in the U.S. because if you were on the left, you knew that inequality was bad and you didn’t need to talk about it. If you were on the right, you refused to talk about it, and anyone who did was talking about class warfare. So there was really no national conversation going on about inequality and that has really changed. People on the right and on the left are engaging and talking about inequality. It has become a central issue in the election when it never used to be. When Obama would raise the issue, Mitt Romney would say, you’re a class warfare guy and that’s terrible. Then you have all of this academic work that is going on which did not used to be there at all. When I started out in the 60s, there wasn’t so much happening to inequality in the U.S. and Britain. I think the thing that is important is for people to engage in this debate and explore all these different parts of the space. If you take a narrow view, for instance, on income inequality, I don’t think income inequality is necessarily a bad thing. It has good aspects and bad aspects so I think we need to do a much better job studying the things that are really helping society. If someone gets rich, and the private returns and social returns are aligned with one another, I don’t think it’s doing anyone very much harm. But, if people get rich by ripping off the rest of us, that is inequality associated with harm. We have to separate out those things. I hope that if we separate out those things, the gap between the right and the left on this will become narrower and we can get greater agreement on at least some public policies that will deal with the bits that need to be dealt with.

What advice would you give to younger scholars emerging in the field?

I have such a checkered career myself. I never really took any courses in economics. I do have a Ph.D. but it was because I had written these papers and sort of handed them in. So, I’ve always followed my own route. People don’t really need that advice, but maybe they do. I think most of us, when we start out, come into this, we bring more to it than we think we do.  Everyone of us has a different upbringing. Many people in economics now come from many countries around the world, they have different political views and political backgrounds. There’s a whole different social culture, and so on. I think economics in the United States has changed immeasurably in the last 30 years and been enormously enriched by that diversity with people coming from all over the world. That will only work if people bring with them the stuff they had when they were children or the stuff they did in college, the passions they had early on. Either smash them to pieces in the face of the data and see your professors like me telling them to do something else or turn them into something really valuable. So, don’t lose your unique value contributions. Stick to what is really important to you and try to research that.