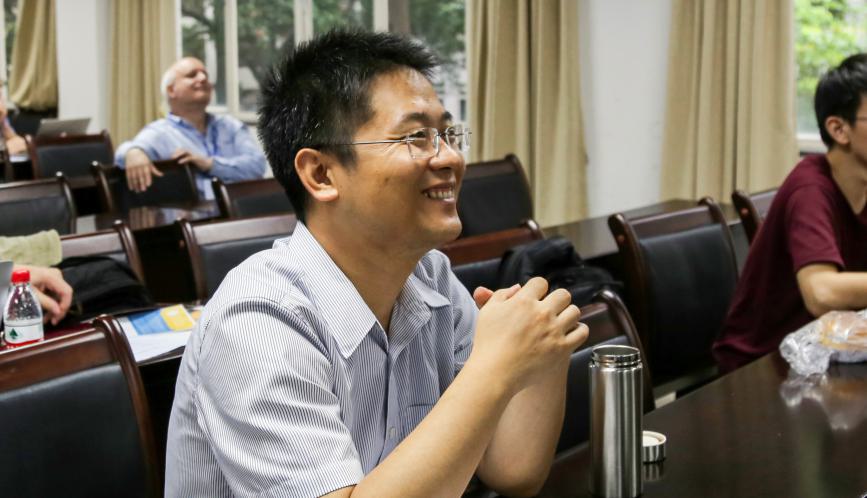 Shuaizhang Feng is Professor and Dean of the Institute for Economic and Social Research at Jinan University in Guangzhou, China. A member of our Inequality: Measurement, Interpretation, and Policy network, his recent research interests include China’s labor market and internal migration. He has worked in many labor economics topics such as labor market imperfect information, income inequality, migration, and education. For the past two years, Feng has also co-organized our Summer School on Socioeconomic Inequality in Guangzhou.

I have two main research areas at present. One is on children of migrants, which include children who migrate to cities with their parents, or the so called "migrant children," the other is those who are left behind in rural regions by their migrating parents, or the "left-behind children." In China, there are an estimated 20 million migrant children and 60 million left-behind children . So it's obviously a huge policy issue. Migrant children have problems getting proper educational opportunities in cities because they don't have local official household registration status, or "Hukou" in Chinese. Left-behind children are separated from their parents and suffer various problems associated with lack of guardianship, both cognitively and non-cognitively. This naturally relates to my other main research area, which is China's labor market, as those children of migrants will soon grow up to be important components of China's labor force. From this sense, what China is experiencing right now and will experience in the near future is similar to the human capital - inequality linkage described in the book "Inequality in America: What Role for Human Capital Policies?" by James Heckman and Alan Krueger, but maybe more dramatic and policy-related.

I think of course, there are many things going on. Many things need to be understood better. But one of the important issues, I think, that has not been researched too much is about the long-run consequences of what happened in childhood, when people are children. For example, many migrant children, they are not allowed to enter public schools. They do not have the opportunity to go to public school so they go to migrant schools, which are of lower quality. And they have lower probabilities of entering middle schools. The long-run consequences will be much more severe than the short-term consequences, just test scores or something like that. I think people need to collect data and try to understand those long-term consequences more.

It is important to understand what is going in reality, such as the institutional set-up. Because, especially in China, many things are different from western countries. So, for example, the Hukou system, or the household registration system, is quite unique to China. For many of those things, it is not sufficient to just read from the existing literature. You need to really collect firsthand information, talk to people, conduct surveys, those kinds of things are important for people to work on China. My next advice would be try to work with more senior people and try to observe how they work and to learn, collaborate with them if there's opportunity. Finally, don't be afraid of failures, rejections. Work hard and always be optimistic.