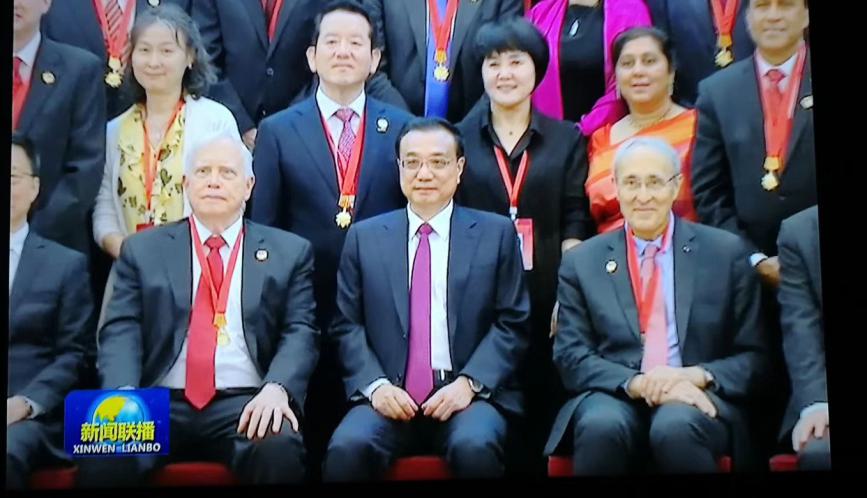 Nobel Laureate James J. Heckman, the Henry Schultz Distinguished Service Professor in Economics at the University of Chicago, has received the Friendship Award from the Chinese government.

Established in 1991, the Friendship Award is the highest honor issued by the Chinese government to foreign experts. Awardees are chosen for their outstanding contributions to China’s economic and social progress. The award is not only presented in recognition of the foreign expert’s contribution to the Chinese but also a symbol of friendship. Approximately 50 awards are granted each year.

Heckman is director of the Center for the Economics of Human Development at the University of Chicago, which uses rigorous empirical research to determine effective human capital policies and program design. One of the center’s capstone projects is the ChinaReach Project, a groundbreaking early childhood randomized control trial designed to evaluate the joint impact of China’s Children Nutrition Improvement Project in Poverty-stricken Areas (CNNIP) and the Jamaica Parenting and Psychosocial Stimulation Curriculum.

In 2018, CEHD launched a collaborative research initiative with the Institute for Economic and Social Research (IESR) at Jinan University with the aim of investigating human flourishing. The study of human flourishing examines the circumstances under which people are able to develop the skills needed to thrive in our current economy. The UChicago-Jinan Initiative focuses on the context of China and facilitates academic exchange between The University of Chicago and Jinan University.

“Our joint research with Professor Heckman will not only contribute to general knowledge, but will also help China to better cope with its pressing practical challenges,” said Shuaizhang Feng, Dean of IESR.

Professor Heckman was also invited to give the acceptance speech on behalf of all the recipients at this year’s award convocation, held September 30, as part of China's 70th National Day Ceremony.