Research Spotlight: Diffusion of Being Pivotal and Immoral Outcomes 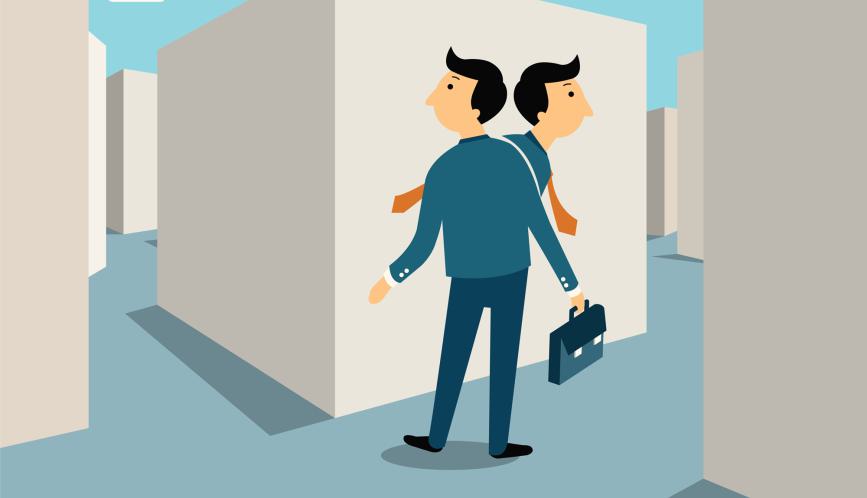 Diffusion of Being Pivotal and Immoral Outcomes, May 2016

After the Brexit referendum passed in the UK, more than a million people reportedly regretted voting in favor of the measure. Millions more signed a petition asking the government for a chance at a second referendum. Of course, people often cast protest votes or abstain from voting altogether, claiming that their votes won’t actually change anything. This sort of thinking, that one’s individual behavior will not affect an outcome, is at the heart of a new paper by two HCEO members: Armin Falk, from the University of Bonn, and Nora Szech, from the Karlsruhe Institute of Technology.

Falk, an Identity and Personality network leader, and Szech, an MIP network member, have explored this topic before. Their 2013 paper on morals and markets garnered a lot of media attention, and for good reason. It found that members of a financial market showed an erosion of ethical behavior. “Diffusion of Being Pivotal and Immoral Outcomes” builds on that work, showing that when people are able to spread out responsibility, they act with fewer moral restrictions.

Szech says she first became interested in this topic during the recession. “During the financial crisis everybody became aware...that morals had been left out quite a bit of economic design and market design,” she says. “I felt that this is a good time to make economists aware of this too.”

Both studies allow participants to decide between receiving money and killing a mouse or receiving no money and saving a mouse. (The study used so-called “surplus” mice, who had been bred for scientific research but were found to be unfit.) The earlier paper showed dramatic results, with more than 70 percent of market participants willing to kill the mouse compared to 46 percent in the non-market conditions. Yet this new study better isolates how individual people act when able to diffuse their responsibility.

“There is a relation, of course, between the two studies,” Szech says, “but this one...was  focused on one specific mechanism, the diffusion of being pivotal.” In the baseline group, participants chose between getting 10 euros and killing one mouse, or saving the mouse and receiving no euros. The next group, exogenous diffusion, consists of eight people. If at least one person supports the killing, eight mice are killed. Financial incentives remain the same. Subjects do not find out others’ choices and do not find out the final fate of the mice. A third group, endogenous diffusion, chose a probability of killing the mouse, with the payoff a percentage of their choice. A higher probability of death would result in a larger payoff.

Results show that about 60 percent of the subjects in the second group chose to kill the mouse, an increase of about 30 percent compared to the baseline group. In the third group, more than 1 in 3 subjects chose a probability between 0 and 100, illustrating a preference of diffusing responsibility even in the absence of a larger institution. “Response times and feelings of remorse and bad conscience suggest that it is in particular subjects experiencing moral conflict who prefer diffusing being pivotal,” the authors write. “Presumably, this serves as a means to keep a positive self-image while behaving selfishly.”

“The findings are a bit as expected but of course sad,” Szech says. The research shows that many subjects have a clear preference for hiding behind uncertainty. “This is not very principle-based,” she says, noting that the findings were largely what the authors expected. “We had this hypothesis that when you are part of an institution...and when you can hide behind others, somehow it’s obfuscated how decisive your decision really is in the end,” Szech says. “But I was more surprised to see that it also works in this economically rigid individual setting, where subjects actively decide to diffuse their notion of being pivotal and cannot hide behind other humans.”

This preference toward diffusing responsibility could have repercussions in a range of areas, from business to voting habits. “When you look at real life, there’s a lot of economic institutions that have a moral component,” Szech notes. “Whether stuff that we buy, for example, or like a voting decision can affect the way of being for others and our own societies too.”

The findings also point out challenges for market design. “In economics we know a lot about institutional design and market design, and we have models that often do a good job but in some contexts, as here, where we have moral costs, they don’t,” Szech says. “We need to integrate these moral components into our institution analyses in order to achieve a better understanding, and better predictions.”

“Our findings suggest that organizations aiming at promoting morality should reduce diffusion of being pivotal, and instead attribute individual responsibility to its members,” the authors write. Szech points to Brexit, and in the U.S. to the rise of Donald Trump as a viable presidential candidate, as real-life examples of the research. “When I look into the U.S. elections campaigning, I feel that this is now how people try to get people motivated to vote: ‘Look this Donald Trump can happen. It can really happen, you should not ignore this,’” she says. How exactly this finding can be implemented to show voters that their actions matter deserves further research. But anyone who has doubted the influence their action has had in a group setting just needs to look at the outcomes for the surplus mice. With an organization diluting the notion of being pivotal, the rate of killing was 100 percent.

Thank you to the authors, Professor Armin Falk and Professor Nora Szech, for their assistance in completing this article.