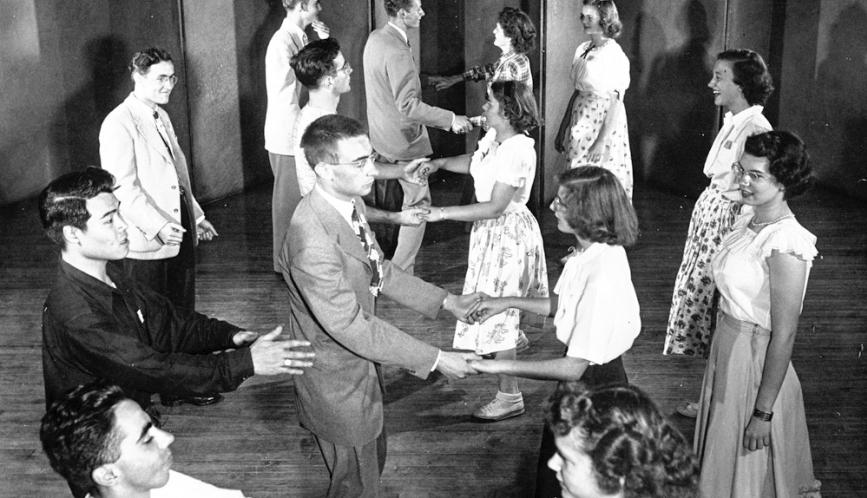 Why do people get married? In the 1960s, when Gary Becker was writing about the economics of the family, the story of marriage was one of specialization and exchange. Couples largely filled traditional gender roles, where the husband was the primary breadwinner and the wife was responsible for domestic chores and child-rearing. Today families look very different. Over the past several decades, women of all socioeconomic classes have strengthened their ties to the workforce and gender roles have loosened. Cohabitation without marriage has become much more acceptable. Marriages have become less stable, and nonmarital childbearing has increased substantially.

In “Family Inequality: Diverging Patterns in Marriage, Cohabitation, and Childbearing,” the authors note that much attention has been paid to the so-called “retreat from marriage.” Yet this discussion leaves out two important points. First, the changes in family structure in the U.S. have coincided with a rise in cohabitation. “The share of women who have ever cohabited has nearly doubled over the past 25 years, and the majority of nonmarital births now occur to cohabiting rather than to unpartnered mothers at all levels of education,” they write. Second, the retreat from marriage has been uneven and much more pronounced among those without a college degree.

So why are college graduates behaving so differently than their counterparts with a high school diploma or some college? The authors posit that college graduates use marriage as a commitment device - a choice couples make now that limits their options in the future - “to facilitate intensive joint investments in their children.” Pollak notes that the behavior of both male and female college graduates (this paper only looked at heterosexual relationships) is consistent with this theory. Data show that parents with college degrees spend more money on and more time with their children.

“These children are doubly advantaged,” Pollak says. They tend to come from two-parent families where both parents graduated college, giving the children a much higher probability of also graduating college. For these couples, the researchers argue the return to marriage is being able to rear successful children. The desire to invest intensively in their children makes sense, as returns on human capital have increased in recent years.

“The paradox here is that the women who are doing this - who are getting married and staying married - are the women who are best able to rear successful children on their own,” Pollak says. These changes in family structure have important implications for inequality and intergenerational mobility.

“For less-educated, lower-income couples for whom such investments are less desirable or less feasible, commitment and, hence, marriage has less value relative to cohabitation,” the authors write. The paper shows that in many ways children born to mothers without college degrees start out at a disadvantage. These children are much more likely to experience family instability and father absence or limited father involvement. Nonmarital childbearing is “strongly associated with adverse outcomes for children and adolescents.” Poverty rates are also higher for “unmarried women with children at all levels of education than for married women with children.” The National Center for Children in Poverty reports that 21 percent of all children under age 18 in the U.S. live in a poor family, and that 68 percent of all children living in a single-parent household are low income.

The divergence in outcomes for children is not simply the result of family change, but is influenced by “the underlying economic and social forces that have transformed American families,” the authors write. “Increasing inequality in the stability of family arrangements has paralleled rising inequality in wages and earnings, and has contributed to inequality in household income.”

The retreat from marriage has two components: later marriage, which all demographic and education groups have experienced, and the stability of marriage. “As the vast majority of men and women at all levels of education eventually marry, the most important difference between the family histories of college graduates and others is not whether they marry, but the timing and duration of marriage and its relation to childbearing and childrearing,” the paper notes. “Less-educated mothers are substantially more likely than college graduates to give birth while in cohabiting relationships and, given the short average duration of these relationships, are more likely to rear their children alone or with a subsequent partner.”

“The new socioeconomic gradient in family structure appears to be a ‘mechanism’ in the reproduction of inequality across generations, both influenced by rising inequality and a potential contributor to future inequality,” the authors write. As MIP network leader Richard Reeves has noted, the increase in assortative mating, or people’s tendency to marry partners with similar educational attainment, leads to greater household income inequality since education is a strong predictor of earnings. Reeves cites research showing that “between 10 percent and 16 percent of income inequality in the United States is caused by the ‘growing correlation of earned incomes received by husbands and wives.’” A recent NBER working paper showed that in 1980, the top 1 percent of American adults earned on average 27 times more than the bottom 50 percent adults before tax, “while today they earn 81 times more.” As income inequality continues to rise in the U.S. and other countries, understanding the causes of these differences is crucial.

Thanks to Shelly Lundberg, Robert A. Pollak, and Jenna Stearns for their assistance in completing this article.