Research Spotlight: The Impact of the Coronavirus Lockdown on Mental Health: Evidence from the US

The Impact of the Coronavirus Lockdown on Mental Health: Evidence from the US
COVID-19 Research and Information from HCEO Members 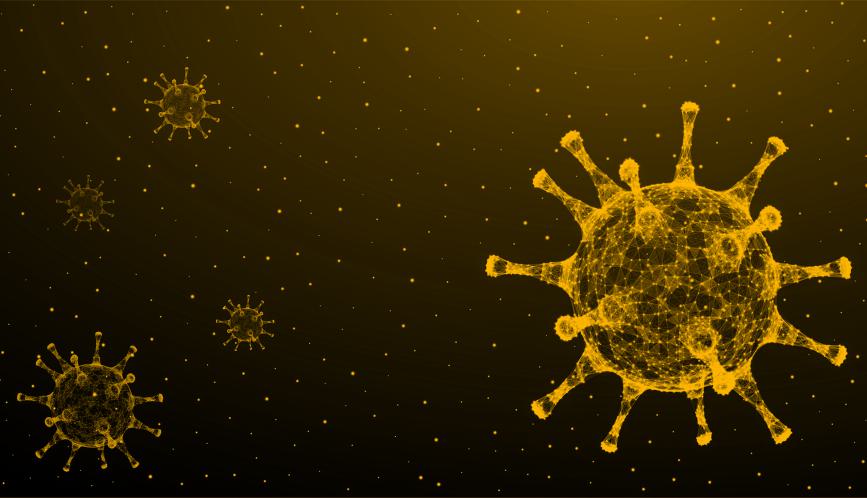 The coronavirus pandemic has impacted life and well-being in a number of ways. In the U.S., by the first week of October, there had been over 211,000 deaths and over seven million cases. The September jobs report from the Labor Department showed that job growth is slowing, with 700,000 people leaving the labor force last month. These repercussions hit different sections of the labor market disproportionately. Of the 1.1 million people over the age of 20 who left the workforce between August and September, over 800,000 were women, the New York Times reported.

As part of a larger research project studying the impact of the pandemic on workers, ECI network member Teodora Boneva and her colleagues Abi Adams-Prassl, Marta Golin, and Christopher Rauh investigate mental health outcomes of lockdown measures in the U.S. “The research question was: How did people’s mental health change following the imposition of statewide stay-at-home orders in the U.S.?” Golin says.

To study this, the authors analyze real-time survey data collected from geographically representative samples of workers in March, April, and May 2020. Respondents had to be at least 18 years of age, and U.S. residents, who had worked in the previous 12 months. Most of the analysis focuses on the respondents in the second wave, which was run in the second week of April. At that time, 40 states had imposed stay-at-home orders, compared to 14 states in late March. To measure mental health, the authors administered a five-item questionnaire from the World Health Organization, “which has been shown to perform well as a tool to screen individuals who experience symptoms, or are at risk, of depression and anxiety.” The questionnaire asks about the frequency with which individuals have experienced different feelings and behaviors. Mental health scores are calculated by summing answers to these questions. With their surveys, the authors also collected information on the economic impacts of the crisis, such as whether respondents “had trouble paying their usual bills and expenses, worked fewer hours, earned less than usual, or had to change their work patterns to care for others in the week before completing the survey.” This data was merged with data on the number of cases and deaths per county from the New York Times, and with data on the statewide policies that had been implemented to tackle the spread of the virus.

Second, the negative impact of statewide stay-at-home measures on mental health was driven entirely by women. It is important to note that women already reported worse mental health than men in March, but that gap increased 66 percent by the second wave. “The gap was already pretty wide and then it grows significantly with the introduction of these policies,” Golin says.

While these unequal effects reflect other gender inequalities that the pandemic has amplified, these do not seem to be causing the mental health disparities. The authors control for a number of variables, including whether respondents report having earned less than usual, having worked less than usual, having lost their job, or whether they had to change work patterns or number of hours spent on childcare. They also rule out the possibility that the severity of the crisis, in terms of cases and deaths, in a respondent’s county may have had a sizable impact. “We find that women’s mental health decreased as a consequence of the lockdown, even controlling for these factors,” Golin says. “This suggests, taken together, that the lockdown measures and social distancing measures that were put in place really had an effect on women’s mental health, over and beyond the realized impacts of the crisis”, such as other health outcomes and labor market outcomes.

Golin also notes that these findings are consistent with contemporaneous work in other countries. For example, she says that a study done in the UK shows that women report feeling lonely significantly more than men. “The loss of social interactions seems to be an important driver,” she says. “The picture that we paint is a picture where women have been bearing the brunt of the negative consequences of this pandemic.”

These findings highlight the importance of policymakers taking mental health costs into account when designing policies to guide us through the ongoing COVID-19 crisis. As the authors write, “the evidence presented in this paper shows that the health costs of the coronavirus pandemic are likely to go well beyond the rising death toll and the number of cases.” Other recent studies bolster the findings that the pandemic is negatively impacting the mental health of large portions of the population. One such study finds that nearly a quarter of people in the U.S. are experiencing symptoms of depression, nearly three times the number from before the pandemic, NPR reports.

Golin further stresses the necessity of understanding what measures can be taken to reduce the widening gender gap in mental health. “This is something that is really worrying, because already before the pandemic, mental health was a huge cost to the economy” and lowering the mental health burden of this crisis is of high policy importance.