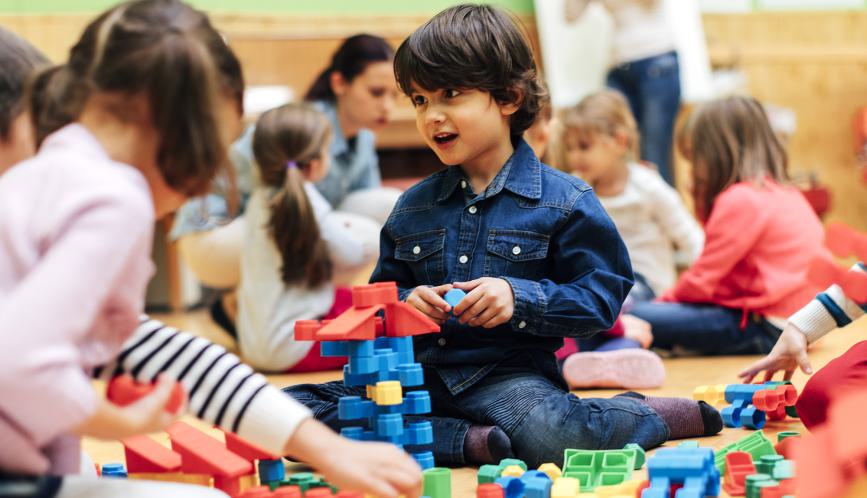 High quality early childhood programs yield substantial long-term benefits for health, crime, education, and labor incomes for both children and their mothers, according to new findings from HCEO Co-director James J. Heckman and a team of researchers. Results show that high quality programs can produce a 13 percent return on public investment, an unheard of ROI, and one that is much higher than Heckman’s previous work, which estimated a 7-10 percent rate of return.

"The Life-cycle Benefits of an Influential Early Childhood Program," co-authored with ECI network member Jorge Luis García, Duncan Ermini Leaf, and María José Prados, details the costs and benefits of two similar early childhood programs, The Carolina Abecedarian Project (ABC) and the Carolina Approach to Responsive Education (CARE). ABC/CARE launched in the 1970’s in North Carolina and was evaluated by randomized trials. Participants joined the programs at 8 weeks of age and continued until age 5, with long-term follow-ups conducted through age 35. The comprehensive programs, which targeted disadvantaged children and their families, combined health, nutrition, family engagement, child care, and early learning.

These findings are also notable as most other studies on early childhood education (ECE) do not look at long-term benefits. This is an issue, as the authors note, because “it is the long-term returns that are relevant for policy analysis.” ABC/CARE is unique in that it has “rich longitudinal data on multiple outcomes over multiple periods of the life cycle,” although summarizing the effects in a concise way proved challenging.

Research assistants combed through primary source documents to find original costs for the programs. “You really need to do a lot of work on collecting auxiliary data sets so that you can quantify these costs and benefits,” García says. “I think what people normally do in Economics is calculate what we call ‘back-of-the-envelope calculations.’ These are some kind of ad hoc or arbitrary rules to quantify these costs and benefits in a very rough way. We compare what the ‘back-of-the-envelope’ gives with what we obtain and it’s really different. And it really understates what the benefits of these programs are. So it’s really important to try to come up with a serious methodology to calculate these costs and benefits.”

García stresses the importance of finding the real costs of the programs, which improves on previous cost estimates. “It’s really valuable because it increases a lot the credibility of the numbers that we get,” he says. “We went back to the sources to compute the costs and to see what alternatives the control group children had.”

Despite the obvious benefits, some still have a hard time swallowing the yearly cost of the program: $18,514 per participant in 2014 USD. According to Census Bureau data, average public school spending per pupil was $11,009 a year in fiscal year 2014. “Costs are substantial, as has frequently been noted by critics,” the authors write. “But so are the benefits, which far outweigh the costs.” The estimates are statistically and economically significant, the paper states, “even after eliminating the benefits from any one of the four main components that we monetize. No single component drives our results.”

Treatment effects vary between males and females. The authors find that males benefited more in comparison to those in the control group who attended alternative programs. These results are “consistent with the literature on the vulnerability of male children when removed from their mothers, even for short periods.” Females benefit more from treatment when compared to control group participants who stayed home. The monetized value of the male treatment effects is also greater than for females. Males had positive effects for a number of health indicators, including drug use and hypertension. Employment at age 30 increased from 11 to 19 percentage points for treatment group participants. Labor income at age 30 increased between $19,000 and $24,000, based on 2014 USD.

The study is also unique in that it considers childcare benefits as well as early childhood education benefits. The intensiveness of the program - participants attended the program from 7:45 a.m. to 5:30 p.m, five days a week and 50 weeks a year - allowed parents, the majority of whom were single mothers, to be gainfully employed. In this way, the authors note, “the program subsidizes maternal employment and has a strong causal effect on maternal labor income.”

These results are highly relevant for current policy discussions around the importance of high-quality early childhood education. As the paper notes, about 19 percent of African-American children today would be eligible for ABC/CARE. “High-quality early childhood programs can boost the upward mobility of two generations by freeing working parents to build their careers and increase wages over time while their child develops a broad range of foundational skills that lead to lifelong success,” Heckman says.

The authors also found that ABC/CARE was one of the few programs that permanently boosted IQ. “The data speaks for itself,” as Heckman notes. “If the current budget allocation to many early education programs would be organized in such a way that we provide high quality early education programs to children 0 to 5, we could see these very big returns,” García says. “In terms of education of the children, they’re going to commit less crime, grow up healthier, work more, produce more, be better citizens. That’s a big policy implication.”

Thanks to Jorge Luis García, Professor James Heckman, Duncan Ermini Leaf, and María José Prados for their assistance in completing this article. You can read their working paper here. More of Professor Heckman’s work on early childhood education can be found here.