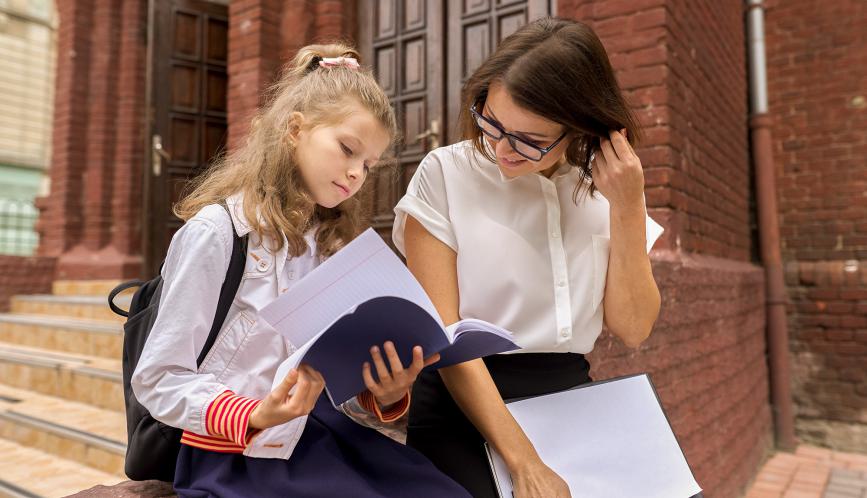 Student and adult reading a notebook.

Access to high-quality education has been shown to be an important component of success in later life, leading to better health outcomes, higher wages, and greater overall life satisfaction. Despite this knowledge, differential access to education persists in many countries around the world, often in the form of early tracking. Across the 36 countries of the Organisation for Economic Co-operation and Development (OECD), 34 use a tracking system in which students are selected into schools with either an academic or vocational emphasis. As a 2013 OECD report noted, “There is some concern that tracking replicates existing social and economic inequities, as socio-economically disadvantaged students tend to be disproportionately grouped into lower tracks.”

IP network leader Armin Falk, ECI network member Pia Pinger, and IP network member Fabian Kosse study the inequality implications in the German education system in their recent HCEO working paper, “Mentoring and Schooling Decisions: Causal Evidence.” In the paper, the authors study the effects of a low-intensity mentoring program that was introduced prior to tracking (around age 10) on low socioeconomic status children in elementary school.

In the first part of the paper, the authors examine “to what extent selection into academic (high) or vocational (low) track programs reflects merit versus socio-economic status (SES) and parental background.” In Germany, students transition to secondary school mostly after grade four. The high track lasts nine years and prepares students to continue their education at either a four-year college or a five-year university. The low track lasts between five and six years and mostly prepares students for an apprenticeship.

Track choice in the region of study is determined in a two-step process. First, fourth grade students receive a written track recommendation from their primary teacher on their mid-term transcript. Then parents select secondary schools “based on the teacher recommendation and their own assessment, aspirations, and preferences.” It is important to note that parents have the final say in school choice and schools are “not allowed to select students based on ability or prior performance.” This initial track choice is highly significant. As the authors write, “it is relatively uncommon that initial track choices are reversed between grades 5 and 9/10.” The type of track students enter in secondary school thus influences their later education.

“We document a large inequality of opportunity gap in the sense that we show that children from different socioeconomic status backgrounds have vastly different opportunities when it comes to their school choices in the secondary school system in Germany,” Pinger says. “What we can show is that two children with the same grades and school performance are being tracked into different tracks, that are connected with very different types of labor market opportunities later on, just depending on the socioeconomic status of their parents, even after controlling for their school performance.”

The second part of the paper investigates the extent to which contact with a highly educated mentor can close some of the inequality of opportunity gap for the low-SES students. The data comes from the briq family panel, which combines comprehensive yearly interviews of children and their families with a randomized intervention in the form of a one-to-one mentoring program implemented at the start of the panel in 2011. Participation in the mentoring program, called “Balu und Du,” was randomly assigned among children from low-SES families. Children in the program are matched with a volunteer mentor, usually a university student, who they meet with once a week for one year.

“The dataset includes not only detailed schooling-related information such as grades and attended school track, but also information regarding the tracking-related decision-making process, allowing us to zoom in on the mechanisms of this process,” the paper notes.

Results show sizable positive effects for children in the treatment group. “We can see that, among those children who were randomly allocated into the mentoring program, those kids who then have contact with this high-SES mentor are much more likely to enter the academic track,” Pinger says. “This closes about one-third of the unconditional early inequality of opportunity gap and about half of the conditional inequality of opportunity gap, so the gap that occurs when we are controlling for elementary school performance.”

This effect was “virtually unchanged” five to six years after the initial tracking decision. “This is one of the things where our study distinguishes itself from a lot of other studies, this long-run effect,” Kosse says. “This seems to be sustainable.”

In order to understand the mechanisms behind this, the authors “provide a simple nonparametric decomposition of the overall treatment effect, dissecting it into program-induced changes in teacher recommendations and parental decision-making.” They find that approximately one-third of the overall effect “can be ascribed to the positive impact of the mentors on the children and the resulting changes in teacher recommendations,” and the remaining two-thirds can be ascribed to changes in parental decision-making. After the mentoring program, low-SES parents are more likely to behave like high-SES parents, “in that they increasingly follow a high teacher recommendation and are more inclined to overrule a low one.”

This study strongly suggests that school tracking can in fact exacerbate existing inequalities. One traditional argument for tracking low-SES students into a more vocational program is the worry that these children may have less parental support and may struggle academically, potentially causing them to repeat grades or report greater unhappiness. This paper disputes these claims, by showing no adverse effects on the low-SES students’ grades in secondary school. Nor do the authors find effects on students’ satisfaction, or evidence that these students are more likely to either be downtracked or repeat a grade.

“I think we can learn something specifically about the education context, especially the German one, but we also see this in a much broader context. What we explore is the inequality of opportunity gap,” Kosse says. “What we can show is this huge inequality of opportunity at this relatively early point in time, that is not fixed. Actually it's relatively easy to do something. When we bring in these educated, very motivated mentors that spend one year, one afternoon a week with the children, part of this inequality of opportunity gap can be closed. We can show that this relatively low-intensity program thrown in at an important point in time has potential long run effects. This is the broader context where we see the study.”